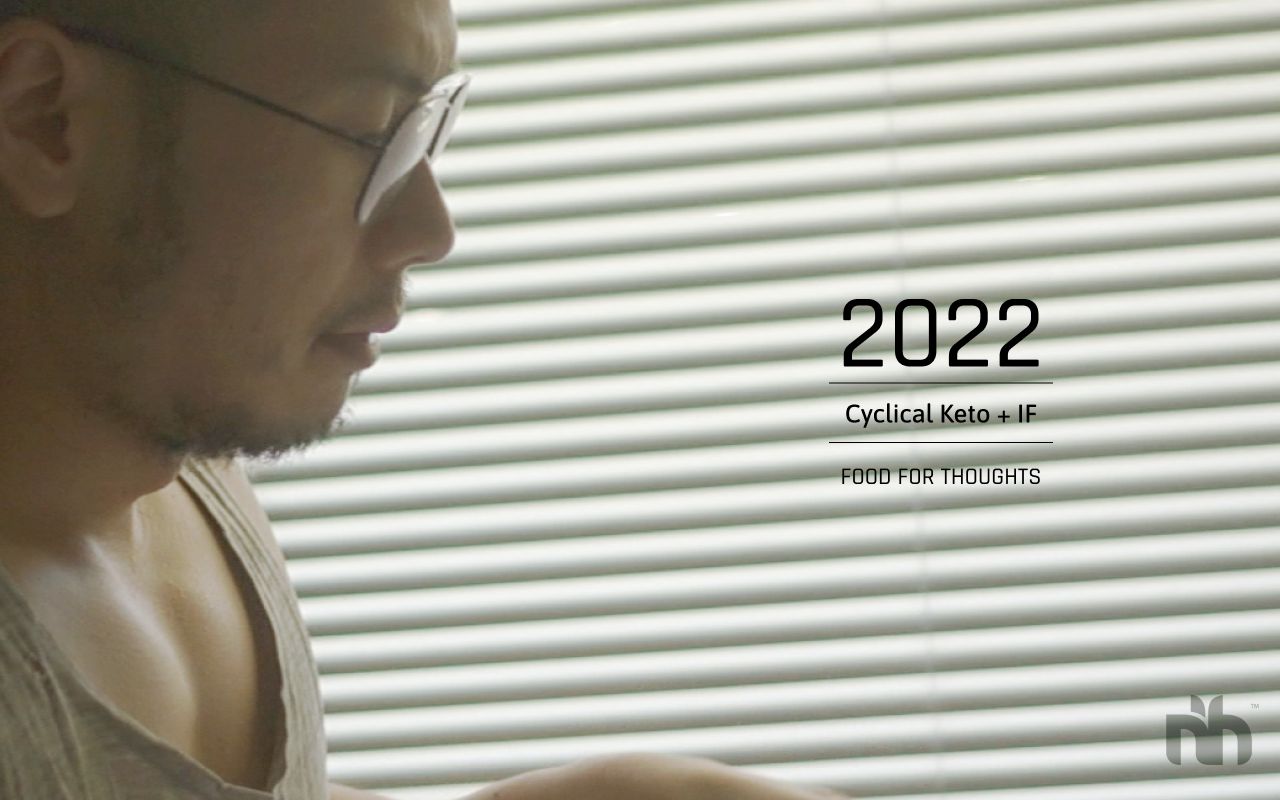 Result? Thought-provoking, revealing and somewhat counter intuitive. Among the most surprising are my Vitamin D status, the need for extra methylation supports (besides from my years+ ongoing stomach acids / betaine HCL pepsin on/off dosing), mixed status on iron and caffeine handling. To the least surprising ~ COMT / worrier side of mental psychology traits, and among the usual camp of the disadvantage  ~ MTHFR mutations, and suggestive dairy intolerances. Obviously, summarising 100+ pages is impossible here in this feature writeup. Hence a separate feature writing, alongside the final cut presentations split into multiple parts – will soon follow.

Interestingly some key reports suggested B vitamin protocols ¬ B6, B12, B3 niacin / niacinamide, Gingko Biloba, and heavy doses of Krill Oils. Niacinamide has been intriguing; both good and bad revelations. Gingko, as I previously wrote as a possible Notropic  remains ambivalent whether it is distinctly good or bad; but at least as I recall from writing my early thoughts on this back in 2017 – I’d refuse to mega dose, if at all ~ during summer seasons because there is some slight facial flushing.  Fish Oils – be it supplements or holistic food intake have been somewhat again, ambivalent throughout this year. I have daringly spent luxurious $20+ for the fattiest offcut salmon on-and-off basis, and these did not seem to improve training recoverability, nor mood profiling as brighter vs helplessness side. I do however recall and that during (dietary heavy) salmon intake days, cooked, semi-cooked or raw, within and outside off refeed days ~ were at times met with mild but noticeably occasional mental irritation.

So all this adds up…to my next concern. The overall ongoing supplement footprint cost on top of everything I take.  Whilst indeed the above added dozens of more $ at times points me feeling perplexed and disappointed, this year has been nonetheless an important reminder that there is much more nuances between nutrigenomics and their practical extrapolation in terms of dot points actionables and supplementation protocols.

There are certainly other things far too nuanced for me to disclose. I doubt however, readers would be interested at reading beyond this threshold. If they do however, colour me impressed.

The prolonged IF trials.

My two (2) prolonged fasting trial attempts were very surprising, for the very first time to me at fully revealing what ketosis truly feels like. Tired, but relentless. Alert, focused, yet confusingly exhausted; often blurring my capacity to define it a way that it is logical or at least something one can relate to. Ketones at 5.3 MMOL on first trial. Then 4.0 MMOL on second trial attempt  two weeks apart. For the very first time in my life, I have never ever witnessed such a high ketone reading given that ketone testing have been under my circumstnace for a number of years ¬ a luxury discretion. However, is witnessing such high numbers a a moral badge of honour? No, I do not think so. Despite only two prolonged trials, I came to conclude that ketones or glucose -both are obligate energy sources. Obligated that is, to be utilised one way or another.

“Health” constitutes its own ups and downs. I don’t believe “Health” should ever be defined as “haven” or “good”. This is reductionist to the point of idealistic, or as one may argue – Utopian. Because there is no opposing nature, that which in itself gives weight – to the other.

The most overarching of all concerns is the most expected. I am experiencing an overall higher stress levels; impacting my sleep, recoverability (though manageable) between exercise training episodes. But thankfully ~ low episodes of malaise inbetween fasting windows. I get so entrenched, or “ruminating”, if one may call it – during my line of work. There is so much at stake this year considering the five prior entirely spent on carrying the stigma surviving on welfare, whilst tailoring & applying jobs in multiple fold of hundreds.

However as I am a person of science not swayed by semantics ~ I am simply sharing  all this for transparency. This year whilst indeed gratifying, were defenitely at times – stressful though thankfully not so, or at least not yet to the point of harmful, inflammatory, persistence.

Consequently, let’s talk about the elephant in the room ~ potential metabolic stress. On top of experimenting the new supplementations, one at a time, particularly Nicotinamide at the same time also, I decidedly reduce my compulsive reliance on insulin partitioning supports during refeed days. Such includes chromium, and vanadium.

I am sharing my glucose levels yet once again for this year. Download the entire PDF exports:

Footnotes. Lifesmart has these mandatory labelling “before/afters – breakfast, lunch, dinners”. I am purely tracking (95% of the time) fasting tests, hence just as an FYI. For those not have been aware since 2021 I have been using the Lifesmart as a primary glucose tester for its additional HCT / hematocrit tes on top Abbotts freestyle opimum neo.  But I am keeping my Freestyle mainly for their more tolerable pricing on ketone test strips ($14.00 for Lifesmart versus $10.00); considering that each ketone box only gives you ten (10) strips, every cent counts.

I am open to admit the prolonged stress episodes, relentless obliges day to day be a major confounding factor. However, lower-than-reference range hematocrits levels has been widely implicated for erroneously high glucose readings (Ramljak, S et al. 2013). My HCT has been consistently hovering  in-between 40%, all the way to even at times below 25%. This is quite perplexing for I am not convinced I am lacking in red meat intakes, if at all. The most iron source I ever get is occasional indulgence with DIY liver pate; tablespoons at (certainly a time. And should finances allow for guilty protein pleasures ~ marked down gelatinous beef cheeks, lamb roasts.

Far too lengthy to share, I can only provide snippets as based on my first time ever my nutrigenomics consult. A (long list) of things to consider. Some, I sort of expected. Yet others, not so.

As contextual reminder and background for those who skipped part one ~ for a good decade (if not more), I have never bothered to supplement on specific B vitamins. I never feel compelled, convinced nor allured to that idea than just eating, well ~ actual meats that contains good amounts of it. However until now, my nutrigenomics specified me the B’s as recommended – B6, B3, B12 ~ throughout my brief experiences on/off on each of them, in isolation have been a somewhat mixed blessing. Albeit this is still early opinion despite months after the nutrigenomics consult as I’m trying to understand each vitamin’s effect on me both fasting and non-fasting episodes.

My thoughts on all of them are very mixed. But if there is only one thing I may summarise grossly for lay attention ~ would be the B3 / nicotinamide. This is the most perplexing of the three.  considering its widely mixed sentiments on metabolic health repercussions. What caught my eye further, was that autoimmune conditions were classically treated with high dose B3 protocol. However, they were downsides. During the day taking it despite small amount (usually no more than 1/4 bite of dry tablet, in fasting window), I find myself in a state of mental “dopamine-block”. Difficult to explain, but whenever I listen to my usual end-of-long-work day music ~ such no longer interestingly “received” any “impactful” to me if at all, hence why I attribute there is potentially a dopamine mediator implication. Another concern I have is its impact on metabolic health. In addition to more stress accommodation this year and given there is wildly mixed sentiments on Niacin’s impact on metabolic health namely insulin management ~ I suspect that I have been experiencing the hallmark of niacin that research seem to have studied its effects (as accordingly to  Examine.com’s excellent analysis on B3). To name a few ~ rising glucagon, or rising unexpected levels of insulin leading to either periphery / hepatic / or muscular enzymatic resistance or beta-cell exhaustion. Am I dairy or wheat intolerant?

I always suspect, having excluded and reincluded many suspecting foods as part of intermittent fasting, six years ~ to have some trouble with gluten. However, what came back to me during the nutrigenomics debrief was the completely opposite. I did not seem to exhibit any reactive antibodies as such a damage, in presence of gluten. But dairy wise seem to be adversely impacted, and interestingly ~ that the casein part of dairy was more found to be tolerable.

And, the most perplexing and surprising of all is Vitamin D. My gene mutations, despite copious amount of supplementations, with K2 and other supporting co factors you name it ~ from potassium, calcium, boron (only dietary source mostly), and magnesium ~ were in the red.

In other words, I am in many regards suspected as not only in low in VIT D status, but severely compromised in utilisation, conversions (presumably from sun exposure > hepatic > renal > VDR receptors) then all the way to storage. For those not up to speed, all my prior years amidst CKD+IF; I supplement at least in the regions of 5K daily though in summers whenever I am exposed to sunlight at least for good 20-30 minutes at a time, I’d forego supplement altogether. Though on winters I intentionally increase to 10k to 15k iu though sporadically.

What is strange is that all my prior blood panel tests on Vitamin D have had always been above reference ranges. So, I suspect either my entire Vitamin D nutrigenomics was somehow a false, (very) expensive mistake, or I may just happen to be naturally fluctuating on these metrics minute-to-minute.

I decided to save up  for specific Vitamin D pathology test, privately of course ~ the proper 1,25OHD calcitriol status, then semi active version 25(OHD) calcidiol, PTH, and mineral studies. Result: the 1,25 OHD came back exactly as I envisioned it – high side ~ 145 pmol/L (note: PICO mol ~ reference range = 60-200). The 25(OHD) ~ 141 nmol/L. Parathyroid ~ middle of reference range of 4.4 pmol/L (reference range 2.0-8.5). And likewise.all minerals, including calcium were right in the middle of reference.

For more close up look on this I have written (almost an entire mini book length) a four-part article encompassing altogether as my very first “Self’-Meta”. So I invite your patience should it allows, for reading someone else’s insight.

I am unfortunately not endowed with time writing this with deserved detail, as obligations on the rebranding, alongside mountains worth of content still remain withstanding. My personal needs obviously on top ~ to adequately recuperate for what seems to be a (more) challenging year ahead.

Hence, that wraps up the only most significance(s) I could share surrounding supplementation this year of 2022.

That concludes the second part. Click here for the third and ending part.