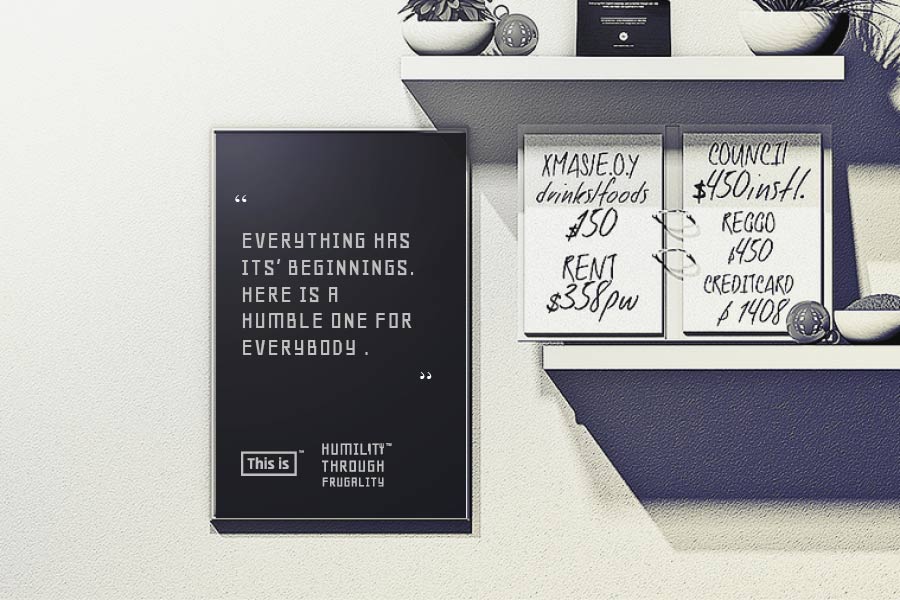 Frugality = opportunity for Self Enquiry. But a lesson to remain cautious.

Yes, the main tagline of this concept initiative is sombre. “Decentralised Nutritional Science; through the lens of Structural Violence”. But this is Health, unfiltered. Unpretentious, yet contemplative. This is what it takes to get “thin” or “fit” amidst involuntary impositions. Irrespective of someone else’s or collective  “semantics”.

Frugality teaches and reminds the harsh realisation of Economics.

I have applied for however number of jobs there is. Answered every selection criteria there is.  Yet nobody has time reading “cover letters”. As one shuffles from one job service agency to another, judgment awaits in that tiny “counselling” room. Peeling off layers of dignity answering one question after another. Only to be met the same eventual bottom line ~ “It’s a number’s game.”.

Perhaps an autobiography is after all truth-be-told ~ one giant resume.

This is where this entire concept initiative differs. Unpretentious, frank and unfiltered. As far away from its saturated peers towards Survivorship Bias vanity. This way of life is of course hardly celebratory. Yet someone has to redefine what Health is, from these much unspoken branching contexts. Beyond just fixating on “NLRP3” genetic inflammasome.

Instead – if you are surviving with less food, that includes surpassing each and every training day without fiddling the phone, and whilst living (or “leaving”) each day with more empty / unused Tupperwares ~ you know you are doing something right.

Frugality in other words is reductionism to life’s essence.

Yes, another seemingly depressing reality. Yet there is still a reason to learn from this.

Five years living frugally enforces one to “get by”. But also heighten our senses on what is inflationary. Hint; not just money. As perplexing as this sounds – happiness, is no exception. Just like insulin resistance is inevitable the longer we  re-feed for day(s) after another ~ anything is subject to desentisization.

Happiness is merely a state of automatic compensation. You’ve reached to this state. yet what happens afterwards? (Hint: something else will always soon be forced to compensate). Nietzche fervently hated alcohol because it merely numbs the sorrows. But all that is thanks to our liver bearing the grunt of work in the background. We are always sensitive to difficulties, yet less so for happiness.

So, time for a “visual” rationale. Or “evidence” as they call it. This is what I look like ~ Friday PM / end of Week’s last of the four x 250+ volume depletion training session.

Gratifying? Indeed. Attainable? Eventually. Sustainable? Subjective. Recalling my obsession to the lowest “attainable” body fat % from early years of CKD+IF was just shy under 10%. Did I feel good? “No”, but Life went on. But was it worth it? Subjective. Why? because it gets objectively difficult to surpass this, repeatedly, without increasing reliance on contingencies beyond just aspirin.

Happiness or contentment does not have a “fixed” goal post. But on the flip side ~ only you potentiate where to move or sideline that post. Want it sooner? Move it sooner. But be prepared to face all repercussions, that much sooner. “Happiness” after all has an extremely short half-life. I lost count, the far-too-many occasions when even the slightest of gratification received then something else clouds over the very next second.

If Nutrition is ration. Then fasting is the rationale.

I took a good month or two, working around-the-clock revising my 9-year old concept project Hydrant Booster™ to appease future employers. This “reminded” me there is  something “good” about this way of life, after all. I used to be after all, a former white collar in the design industry.

Authenticity is all about self-enquiring between episodes of contrasts between what is scarce and what is abundant. If we simply remain fixated to just one (1) perpetual consumptive pattern (hint: paternalism), forever after ~ is routine for stagnation.

Intermittent Fasting therefore, is central in this concept initiative.

It reinforces all these as both philosophical and physiological ~ exercise ~ “selfishly”. Not for others. But for and from the self, first and foremost. It is after all both an address and honour to nature’s persistent theme ~ “Economics”. Its very definition of “managing the household” ~ is there and everywhere not just around us. But within us, every waking second in languages we often do not understand ~ Biochemistry. Antioxidant systems, bone remodelling, electron transport chain, protein synthesis, methylation ~ to name a few.

Privacy and Authenticity goes hand in hand. “Binging & Purging” are only semantics.

Whenever “Dieticians” raise their pitchforks at me, for example ~ “You are glamourising starvation”.  My response? “Fair enough. Do what’s right for you.” . Whatever “Right” means is unadmittedly ~ quite selfish, if we think about it. Pizzas, ice creams, and donuts on refeed days. I’ve done them.  Yet nature responds such that I have hand “enough” and thereby allow fasting to begin again. That ~ feels “right” to me.

Alas, dieticians and their oath for “Health” remains forever married to “clean eating”.

I am not proclaiming this way of life should work on anybody. But anybody should remain open to justify their food (ration) intake, selection and decision towards their own rationality. Should they instead remain slothful ~ stagnation likely deserves unless revised. I don’t “judge” anyone. Because quite frankly, I am already too tired to argue anyway. 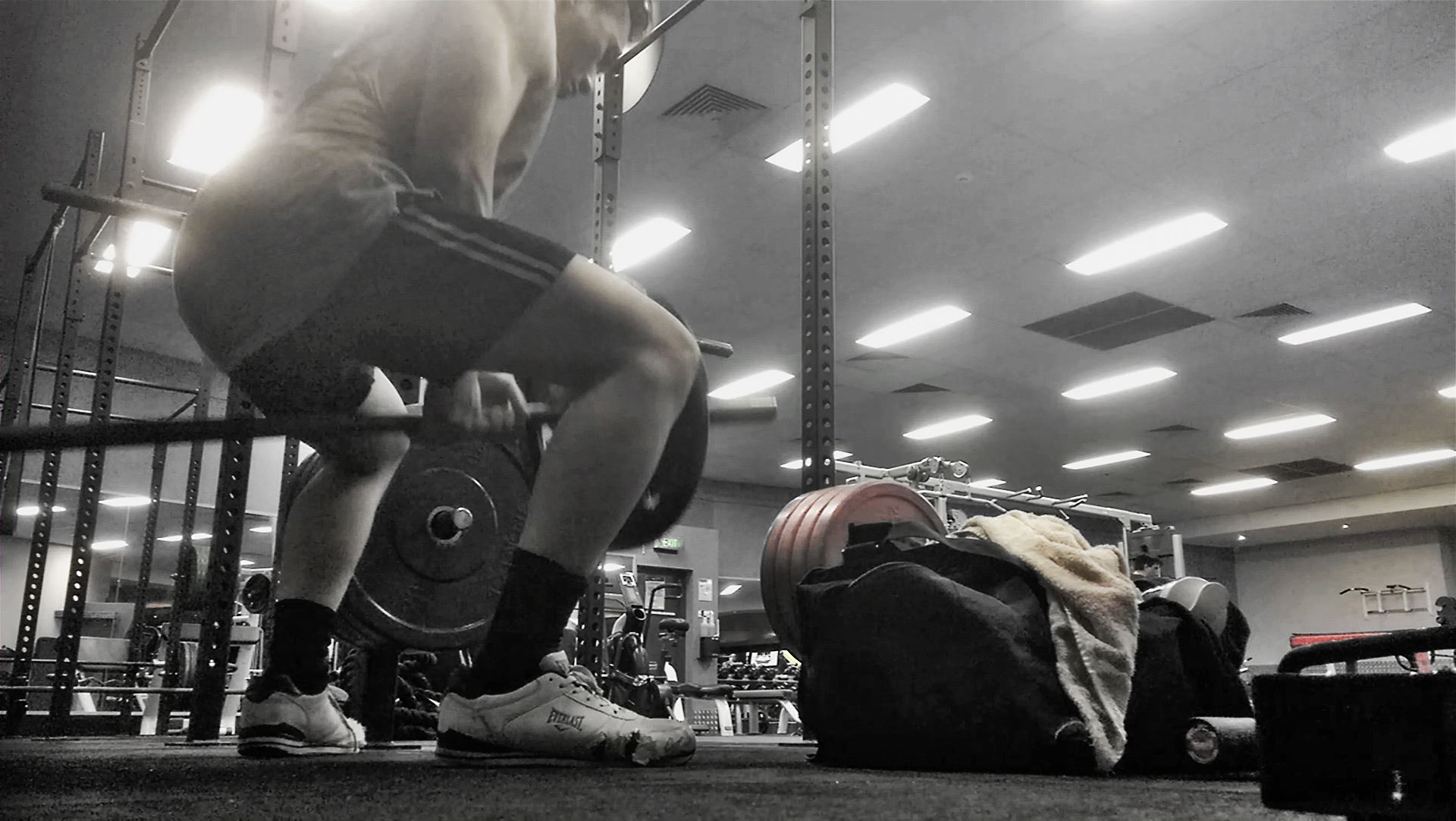 Now – the practical knowledge for many, though perhaps not for all circumstances*.

*Despite this Concept Initiative’s five long years-contemplation towards decentralised Nutritional Science ~ all may not ever constitute as linear “panacea” nor scientific “clairvoyance”. No dietician irrespective how decorated abbreviations attached to their name ~ can ever “save” every”one” else. Please acquaint with the indemnity and overview of this Concept Initiative.

Biology itself is expendable. Minerals, glycogen, ketones, fatty acids and/or glucose included.If one argues that foods themselves are sufficient for “everything”, then I shall nod “very well”. Let time decide. Until “repercussions” compel them wrong. Five years ago I used to think the same. Yet time and time again Nature forced me to face repercussions. Indeed if anything is expendable. Then for how long can one  maintain or “reason” with our own selves ~ without “complaining”?

Supplementations therefore are there as pragmatic safety net.

The longest “survived” supplement in my inventory is a three year (beyond printed expiry) ALCAR. Just shy about two months before the final editing of this post still remained usable to my needs. Next to that, non-negotiable ergogenic essentials. Creatine monohydrates, and at discretion ~ Citrulline Malate. People think they’re just for muscle building vanity, I disagree. Although I am no longer subscribed nor convinced with Beta Alanines, and BCAAs they certainly remain in The Parent Manuscript as open for individual preferences. So long as one’s income leverages all outcomes.

Then, the specific minerals. Magnesium, Zinc, Potassium and Calcium. Though technically speaking I do not “supplement” Calcium – I rely on crushed hardboiled eggshells (then dehydrated 120 deg C on the oven till crispy). And only sprinkle this by tiny finger pinch amounts on desserts, and sometimes on post workout shakes.

General literatures suggest that potassium appear to be the most-oft compromised mineral amidst low carbohydrate interventions [1]. 2]. Of course, as with everything else of Nutritional Science ~ this may yet be a matter of individual variability.

What base of salts for each of the above (Mg, K, Na)? A mix of acidics Tartrate*, Chloride and Citrate, together with alkaline Bicarbonates are sound contingencies for various contexts. Bicarbonates for pre/intra workouts as well as also during fasting windows on soda water + ACV for instance. Chlorides lightly on meals, not to intrude palatability. Potassium Chlorides, when added with a little ALCAR are useful for maintaining conversational composure amidst very difficult, objectifying and/or scrutinising situations. Think prolonged job interviews, prolonged conversational scrutiny, anticipatory stigma, condescendence etc.

* Tartrates especially potassium tartrate in “Cream of tartar” baking products do remain as my go to potassium during fasting black coffees. Only a finger pinch  amount suffices. Although keeping in mind that mineral balance is highly individual. Symptoms of overdose is just as bad as underdose.

Usually, my fasting 18-21 hour windows involves at least approx 1.5L water with Himalayan or iodised salts. Then saving the potassium salts (cream of tartar or potassium chloride), in tiny sprinkle amounts for afternoon black teas or coffees. On occasions I’d finger lick amount of rock salt crystals. Especially in stressful anticipated situations ~ I’d prepare a mini mix of potassium chloride and Himalayan salts in my pocket at all times.

I have long asserted that protein supplementations are necessary. To say they are “not food” is egoistic ignorance. esp. if one never takes their cost per serve analysis to account.

…And especially how essential they are at gently breaking each and every intermittent fast ~ both comfortably and pragmatically. Whey concentrates remained to this day my budget preference. However, pea protein isolates, despite at times I do not particularly favour their taste profile when consumed entirely in liquids – nevertheless find their “clay” aftertaste useful for dessert recipes or meat replacements.

I anticipate to buy these proteins every two or three months; depending on existing supply. Usually amounting to less than $80 or even less.

The longer one submits to CKD+IF , the more likely one is sensitive to sweetness. So much so all “flavoured” commercial protein supplements that were once tolerable, now tastes very sweet to the point of slight sickness. Combining both flavoured with unflavoured 50/50 (or as per to taste) solves this problem.

I could go on and on about other key essentials. Aspirin, Vitamins D, E, K2 Mk4s & Mk7s, Betaine HCLs Pepsins, Chromium, MSM, Citrulline, etc. But all that is reserved in the parent manuscript, and the dAGES manuscript.

There were a lot more in mind awaiting to be spoken out but didn’t.

Beyond structural inaccessibility, comes next the unexplained struggle why this concept initiative remains unrecognised much to the outside world. This initiative’s content is not about sensationalism. Even less further ~ responding to vehement toxicities, condescends, bullying and moral pitchforks.

At least, five years have taught me much.

Were anyone to see me in public, they’d not expect my ethnicity be seen at lining up in front of welfare / dole queues. And they certainly wouldn’t expect me  absorbing the same judgments akin to Struggle Street TV shows. Yet I was treated in each and every job centre appointments the exact same disdains, condescends, for five years.

Perhaps time or luck ~ will tell if ~ empathy is on the horizon.