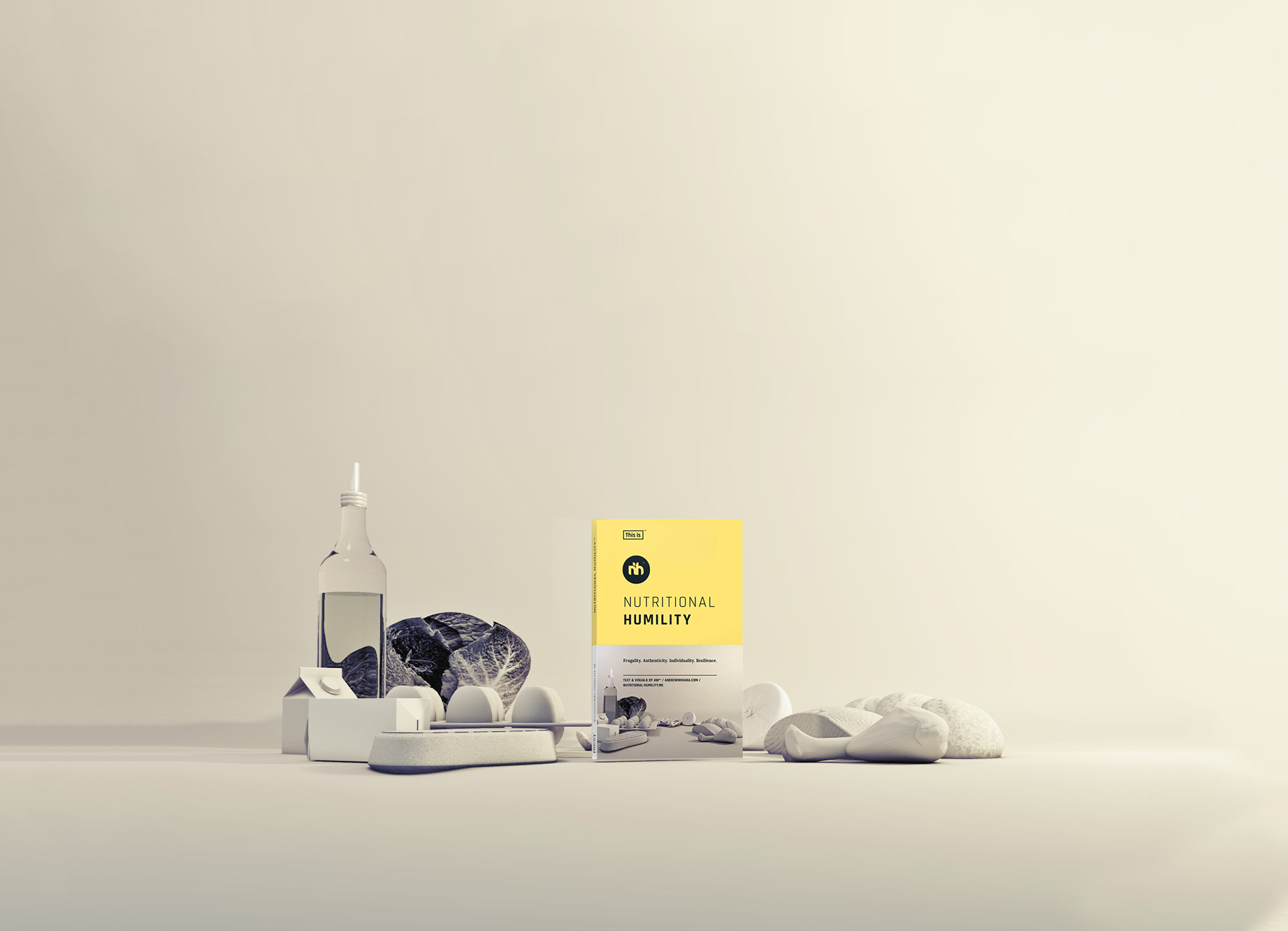 Note: written in the third person perspective. Subject to periodical revisions for clarity, elaborations and/or updates.

AW / andrewwiguna.com hereby presents the Limited Indemnity declaration for hopeful freedom of expression without prejudice the limited powers and/or indemnity throughout this concept initiative, its Book or  “Parent Manuscript” (Nutritional-humility.me)

Viewers are also encouraged to witness the  “About This Author” page  detailing his industry background. This Author (AW) solemnly thank you for your timely acquaintance.

1. Context and Rationale behind this declaration.

This Limited Indemnity declaration presents This Author’s (AW)’s frank “credibility” limitations to nevertheless support its scientific benevolence for the discerning demographics it appeals within alternative realms of health & fitness. All this is carried by its prominent thematic or vision statement as follows:

“Decentralised Nutritional Science; through the lens of Structural Violence and Economics.”

The most significant “Rationale” behind this Concept Initiative’s sole existence is to distinguish itself amongst present peers of health or fitness reclamation channels. It contemplates not only nuanced discussion of alternative nutritional concepts or “principles” but also to promote open academia by way of sharing scientific literatures and journalism.

“Health” and/or “Wellness” advocacy channels today stems exponentially from so called “influencer” gatherings within Social Media. It is well-acknowledged questions may brew ~on what “basis of credibility” amongst these influencers have in terms of “competence” or “authority” at prescribing “advices”, “fitness routines”, “suggestions” and/or “meal plans” and the like.

However, their intents, as what This Author (AW) nevertheless acknowledge ~ shared mutual outcome for its demographics to self-champion against hardships or turbulences of inaccessibility by way/s of adapting and adopting these alternative nutritional “principles”. However, it remains respectful such that it is not by any means a linear “prescription”; nor  intended to override any or all clinical supervisions.

This Initiative comprise of  two (2) main overarching themes for distinctions away from likewise similar contemporary channels to date :

To reiterate ~ this Concept Initiative and its Parent Manuscript has been initially envisioned as an indirect coaching encouraged for readers’ willingly adjustments for his/her “own” lexicon, definition, sustenance, of such “autonomy”. However, the many included “workarounds”, “ideas”, or “plans” are only envisioned to represent open-ended strategy, never as linear methodology. Hence, readers remains ultimately responsible for furthering their own research, on top of the hundred(s) This channel and its manuscript(s) have thus sighted. 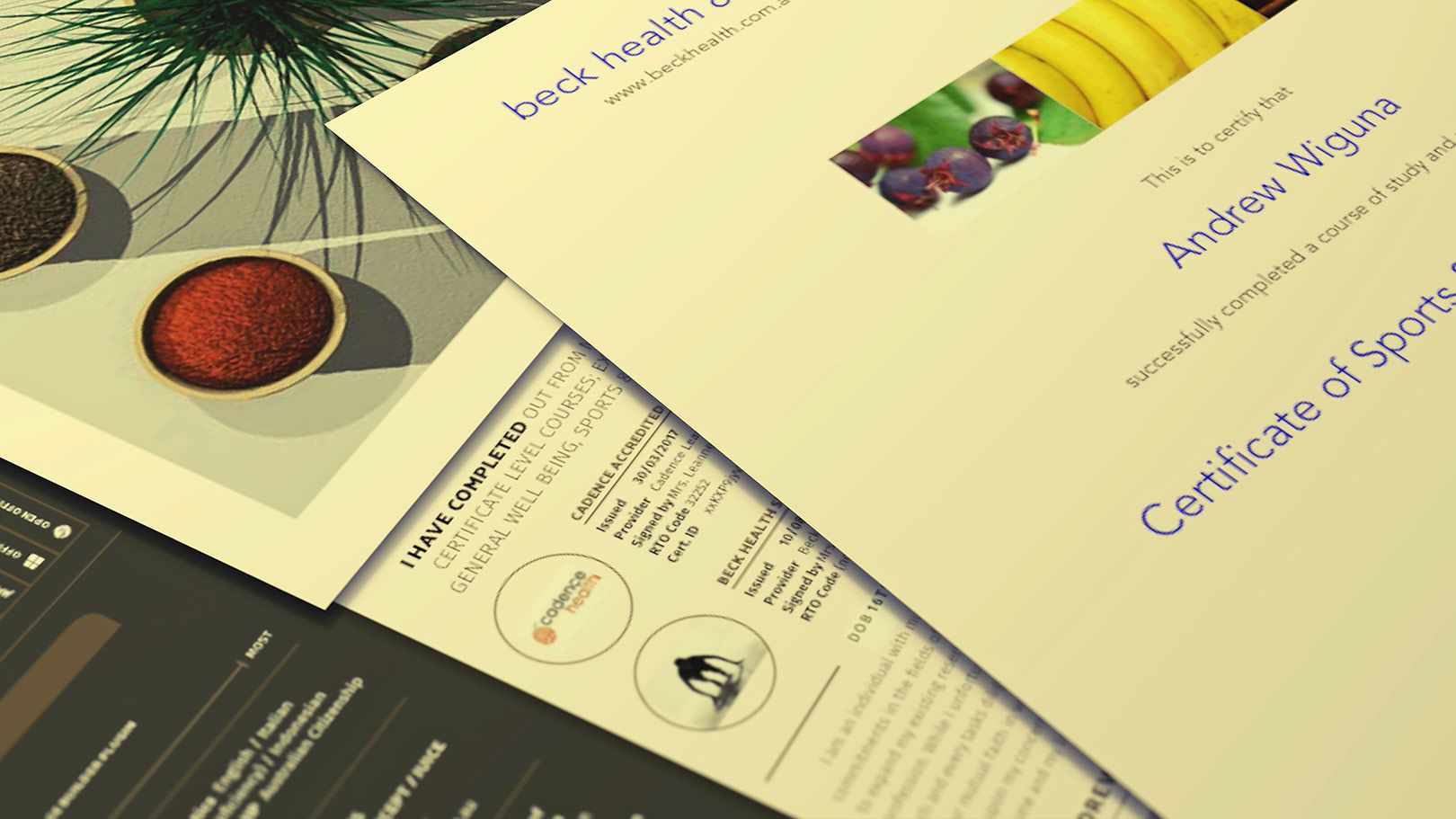 This Author (AW) have completed the following certificate (“Graduate-Certificate” equivalents)  levels academia amidst relevant fields of Nutritional Science. Despite on going financial hardships, he has channelled however few gratifications towards these credentials.

Please be advised that “Nutrition” certificates below already possessed many parts or sub-units on “food coaching” or “meal planning advisory”.

This Author (AW) is pleased to announce his indemnification registration approval with IICT Australia / International Institute for Complementary Therapists.  For full disclosures of what modalities are covered and/or approved please contact the author directly by reaching out to his  email (awiguna1985@gmail.com) alongside clear and relevant subject heading.

Irrespective of indemnity gratification,  This Author (AW) cautions that any nutritional “advice”, “suggestions”, “plan” or “strategy” as however suggested throughout this Concept Initiative, this Blog (nutritional-humility.me/blog) and that of the Parent Manuscript are not – by any means definitive overrides towards any existing medical, institutional or terminal supervisions. Once again, this Concept Initiative remains entirely that as contemplative yet never prescriptive ~ dialogues for alternative explorations and experiences of alternative Nutritional Science.

Please visit andrewwiguna.com (under about >> curriculum vitaes). There, readers and viewers are free to download any or all the various curriculum vitaes tailored for specific formatting and industries.

Recently, This Author (AW) have surrendered to the public entire social media posts and repository contents of this Concept Initiative’s prior years (2014-2019). Within this post ~ an Intellectual Property declaration is provided, alongside this Original Authorship evidence for concrete evidence disclosures at stating This Author (AW) sole’s entrepreneurial beginnings on this Book and ultimately, This entire Concept Initiative. .

This Author (AW) hereby thanks you for your attentiveness and within hopeful remarks; confides your faith to empathise the above assertions.

This Author (AW)  hereby maintains his stance at actively maintaining this Concept Initiative be it regularly revising its Parent Manuscript, its accompanying manuscripts, and to continually revise the variety of Tools and Resources it offer within and beyond: