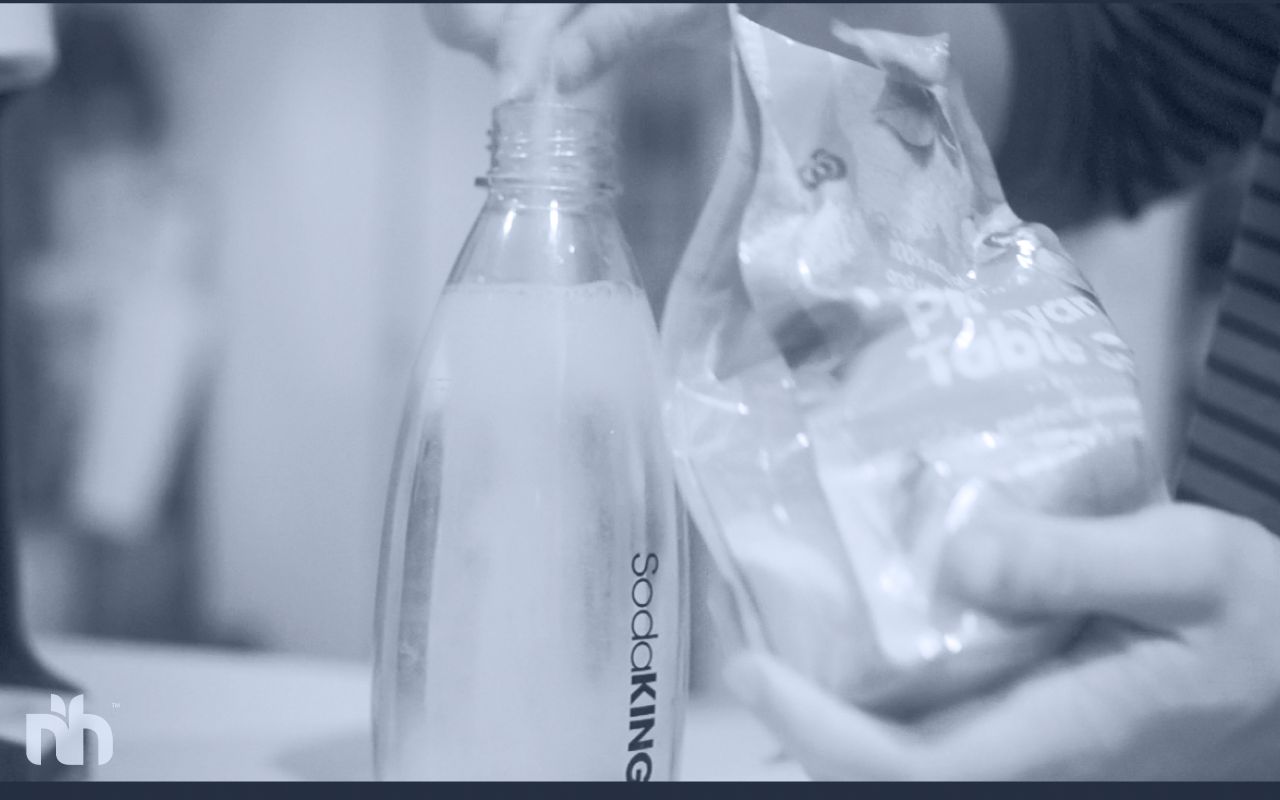 So I’ve tried extended IF for the first time, on two (2) trial segments, 40-42 hours each during end of November. Note that I was still practicing my usual 18+ hours LCIF Monday to Friday with feeding windows anywhere three to four hours. Debilitating? Not really. Would I do this regularly? No. Is this experience meaningful? Absolutely.

If you are new to this channel, welcome to the Internet’s least visited independent dialogues on decentralised nutritional experiences amidst themes of Economics and (a little) philosophy.

Let’s start with easy part. The when. From Friday 12:30AM, till Saturday 6:45PM (after depletion training, no additional pre/intra assistance than ALCAR).

The “Why” (note: unflattering).

Since 2021, I am witnessing widespread concerns from inflation everywhere ~ on commodities, energy, fuel,  and add to that the war in Ukraine. Serious enough that I have been following other Youtube channels unravelling how the future is set to look very grim. What are we witnessing already? A lot of riots. Not just one entire continent, but several  throughout developed nations.

So what does all of this have to do with intermittent fasting? If you notice a pattern amongst the crisis above ~ it is something to do with food. I could be straight and cold that it’s all about money because after all income governs outcome. But deeply, it’s about resources. Hence, what could be more timely, then for me re-enquiring  my own self-resilience for science?

And one more legitimate reason  were I be genuinely honest irrespective how unflattering – I have been obligated, due to recent familial hardships to enforce a planned sale of my current home. I am presented approximately only one (1) year to save towards deposit for my next shelter, with a view to liquidate my prior assets and lifelong investments. Even if one already accrued some equity alongside a blessing income, it typically takes on average eleven (11) years of saving, ~ presuming years of consistent source of  average Australian salary per annum.

Opinionate my situation, if you must. I established this entire initiative back since 2015 not only for asserting N=1 self-authentications and autonomy, but also sharing my insights – involuntarily imposed that is, from structural inaccessibility point-of-view. Fasting began precisely Friday 12;30AM / past midnight. Then finishes as a post workout training shake on Saturday 6.45-ish PM. For those who are curious as to exactly what my typical training breakdown spanning <1.5 hours on a Saturday are as follows:

Up to one minute rest inbetween sets. RPE scale ideally no more than seven of ten to respect connective tissues.

In gross summary for the increasingly time poor / Youtube® shorts attention span the following outlines what I did in bullet points:

“What” I did find and learn was a revealing experience both interesting and perplexing.

Being my very first extended fast beyond 36 hours I gladly conclude it was tolerable. Even the training went well than expected. Albeit there were signs I never had before compared throughout all my cumulative years of Cyclical Keto with the weekdays 18:6 – 20:4 IF, with training episodes ~ so it is worth raising them here in these highlights.

One thing very surprising beyond belief was seeing my Ketones skyrocketed for the very first time. At 5.3 MMOL. Do I think of this a moral badge-of-honour? Absolutely not. Did I collapse? No. I felt very wired, which that also represents its own downsides which I will elaborate later.

On my second trial ~ being the only difference of adding Dietrite cordial on Friday evenings ~ returned  with 4.0 MMOL ketones (a whopping 1.3 MMOL less) on (15 mins late-r) testing time on Saturday at 3:49 PM. People may immediately frown this as a negative. But I felt a markedly-felt-improvements in terms of stability, and less edginess compared to the first. Specifically – I felt more ‘stable’, less anxious, and less of this notable feeling of “heat” sensation (more in detail next).

Note that the collage below shows 4.0 MMOL which that is the glucose which the same as my ketone reading on the second trial.

Next of course comes the gratifying feeding. As with every Intermittent Fasting challenges comes with the question (or perhaps anxiety) over “how palatable should my meal should be?”. Should it be all out grandiose? In my case and experience, absolutely not. I found that very big refeed meals no longer feels that “big” of a “celebratory deal”. My very first breaking-the-fast ¬ was simply bit of milk diluted in water + whey protein as part of post training small calorie intake marking as my very first “entree”.

But as for the actual solid meal? A lot humbler than one think ~ honey to taste, any sort of generous meat proteins, some sort of calcium be it yoghurt, or bit of sour cream, garlic / garlic powder or any other condiments and….that’s it.

On training side of things I am glad the final end of week schedule (on Saturday PM ¬ backs and lower compounds) went well.  Relying on just baking soda + water I was able to maintain intensity ranges that I usually strive – that is – RPE scale 6-7 of 10. All in usual depletion fashion ¬ no time chatting, no time fiddling.

I felt very wired (in the head so to speak) in ways I think was a little too much. It was to the point of slight restlessness which comprise of 1) suspected sleep duration impairments. and 2). slight edginess, especially on my first trial, but significantly lessened on my second.

Firstly the sleep. I had a somewhat disturbed pattern which compounded also by the feeling of being ‘wired’ during Evenings. However this should not be confused with difficulty at “falling” asleep as that I actually did not experience trouble “getting” into ,or “preparing” my head so to speak ~ to sleep. It was rather the impaired overall duration, the depth of the sleep and also slight groggy-awakening that led me to suspect my sleep as adversely impacted.

Although interestingly and at first counterintuitive various prolonged-fasting human studies on sleep all seem to suggest the opposite (sleepfoundation),  (Michalsen A, 2003), (Attia, P. 2022). Again there are certainly other research I could include here, but I cannot for the sake of time read, and reflect on them myself as I am obligated elsewhere.

Another interesting side effect – a noticeable “heat” like sensation especially throughout the 30 hour mark. I speculated these as the significant browning process of adipose tissue. What felt interesting however was I cannot define nor explain ~ whether it is a ‘fever’ or a ‘hangover’ like symptom. But it is somewhere between the two which the closest I can describe, which is still somewhat erroneous would be akin to that as “flushing”. But not a redness “niacin”-like facial flushing. Definitely not painful, nor inflammatory to the point of actual sickness, tightness, or acute uneasiness. But at the same time it is nothing euphoric, or rush kind of high either.

Despite that and after all – this is me simply testing and living through my own bodily reserves. Combined with years of prior weekdays 18 hours+ with fitness training.

Of course, I would never deny the fact that I felt tired. Obviously, very tired. Compounded by end of week’s hustles, particularly towards end of year. Despite all of that, life goes on.

I was hovering since last ending month(s) of 2022, to accompany and facilitate growing obligates around the clock – a higher weight range between 68 to 69kg. I came through at the end of each extended trial(s) around 67.5kg at the end of my training (the weight scales at my gym appears to be 1-2kg heavier as discrepancy).

As of 2018-2019 I no longer track bodily fat levels as I am increasingly convinced that having passed to close to a decade-worth of self-tracking, I am “tired”. It is no longer conducive nor meaningful me. For honesty sake I’d say 13.5% is where I am at my lowest.

Certainly I’d never suggest prescribing above blissful ignorance, especially if I am asked for an opinion for those who have not yet accustomed to dieting, nor willingly disciplined at all for not just a mere month, but perpetual responsibility for life.

What would I do next time?

There is still a lot I am yet to learn given these are only two (2) separate trials I experienced so far, at least to the date of this write up. The following are only a preliminary future self-food for thoughts in bullet points:

There are of course others that I am yet to consider for next-time(s) considerations. For now I sincerely hope that this writeup, without going overboard, suffice enough insight based off from my own N=1 physiology. And also taking into context of on-going, and regular subscription to the weekdays 18:6 / 20:4 IF formatting to Cyclical Keto + IF.

Despite six+ years of ongoing weekday fasts, people may criticise these short, 40-42 additional extra challenge hours ~ as trivial. But when you factor in handling multiple obligations, a new job, new lifestyle, commitments, and not to mention – fitness training meritocracies ~ one would be hard pressed to find anytime, if at all for an afternoon nap.

I am not here to platform myself as the more ideal survivor. Far from it, I have well read few detailed accounts of prolonged IF faster’s – this one as insightful exampleof twenty-one days water fast. Let me acknowledge that not once, but twice – this level of self-experimentation is never easy.

“Health” is earned, much-less gifted. Humans have survived so many threats we often neglect amidst present modernity. Prolonged famine, disease, weather, predators to name a few. Yet “intermittent fasting” is one avenue still absent amidst our normalcy of snacking hour-to-hour. Could the very spiritual or philosophical proclaimed merits  on Intermittent Fasting ~ could be in some way an ancestral beckoning of our past? A message-in-a-bottle?

I have come to terms that this way of life inevitably becomes an esoteric reminder of what Science should have been all along. A self-case study (or “Self-Meta” as I’d like to call it) to test or self-authenticate; by way of experiencing, more than speculating.

If I am asked for a word for those who are anxious or are just in their beginning journeys of intermittent fasting less than 20 hours ~ I’d lightly remind them that both hunger and restlessness indeed sound both scary and at times nihilistic. However, no matter how much society frowns at one for being different – what awaits and gifts back that individual nonetheless is a statement we all loath, over and over from listening. But supremely relevant ~ to those who actually authenticate that statement from within.

That is ¬ “You are stronger than you’d think”. Extremely cliche’d, virtue signalling even, I can relate and empathize.

But I cannot believe how many times, looking back ever since my very first day in Intermittent Fasting – that I have proven myself wrong. Recalling back on Christmas of 2017 I pledged to myself I’d never do fasting beyond 18 hours.

Yet, four (closing to five) years later. Life goes on. I am still here.

Live your own convictions. Live-it-forward.