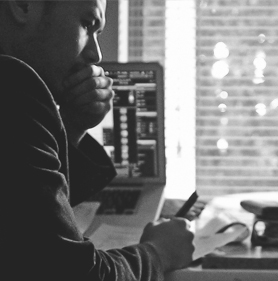 This is a short public announcement that the full site host migration is complete. Although be advised, that some styling, appears to be problematic to the point I have had to make temporary “make-do” amends as certain typography families (Rajdhani in particular) does not get recognised in some places after migration.

Of more pressing concern has been a long customer service negligence; bordering towards serious dispute for weeks-on-end with my prior hosting provider. Name shall not be disclosed, for obvious reasons.

Once again, I am fully committed during the day to my full-time employment obligations. However in the meantime, the long, rocky road to Nutritional Humility rebrand since the last few weeks have been extremely time consuming. Main reason(s) attributed to overhaul UX, UI and overhaul ~ of development process and methodology and numerous failed trial & errors.

Atomic Principle Design Systems, Figma, Lottie animations, etc. If you are not a designer, these are terms that may sound foreign. However, these are principles and methodology(s) constituting not mere ‘hours’ of following a tutorial on yet another “web design”. But months and year(s) in self-learning.

I shall also note, that the parent manuscript rewriting will also be announced. Meanwhile, please immerse yourselves with my recently released “teaser(s)” or sneak peek WIP draft chapter(s)

To ease anyone’s anxiety, I am doing well and well-recovered I should say ~ far and beyond the weeks of my second vaccine’s ordeal.

To be quite honest, I am very much spent living through dawn to dusk at making ends meet. Before my very own obligations on what you see in front of you; in the background.

I thus decide to abandon all discussions on ****ines. I no longer shall respond to anyone raising their contempt(s) over or at me. This is perhaps likely a reason why ~ I quite likely refuse to “advertise” or “expand” my social presence elsewhere ~ especially TikToks, Insta’s and Twitters.

Social media today, is just infested with frivolous moral authoritarianism. Thankfully, despite bleary-eyed, I have much bigger things, at stake.

This entire blog and its concept initiative’s 5+ years of existence at garnering only one (1) public comment is nonetheless a statement on something far more intangible. That is, I nonetheless realized thus far that such humility of receiving none ~ despite unacknowledged in its thousanth-hour invested ~ nonetheless remain a spiritual, yet  far less so on material ~ resiliency in its meaning. That is ~ decentralised nutritional dialogues and experiences, in the lens of Economics.

I am spent. But there still remains much to do.