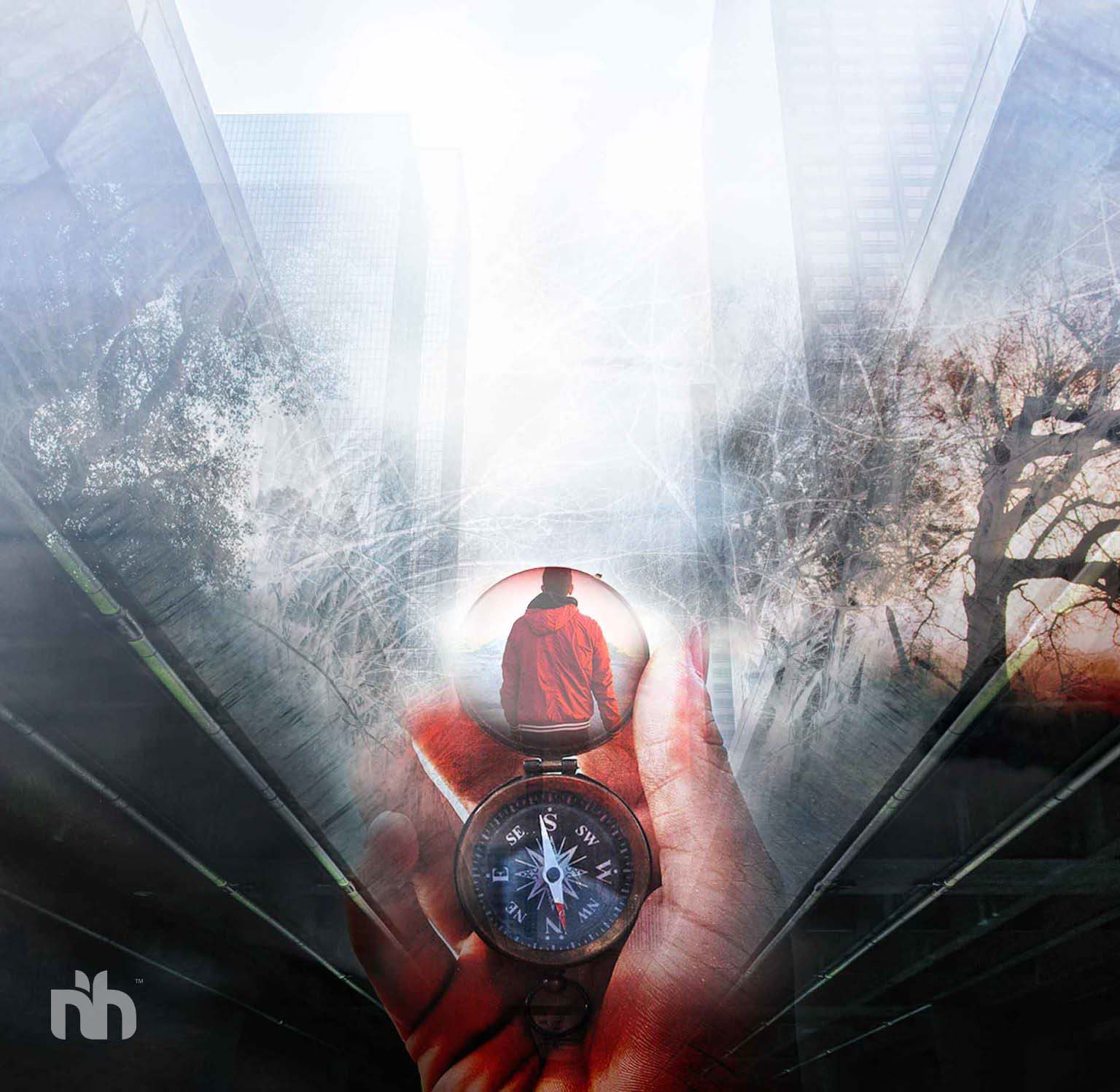 This is a WIP / work in progress for the next upcoming revision AND ENTIRE REBRAND ~ of the parent manuscript. Specifically ~ an entire chapter dedicated for CKD+IF general Q&A.

DISCLAIMER As reminder  this concept initiative never propose anything it suggests as “panacea”. Anything of “change” or “self intervention” imposes their own nuanced repercussions on all individual(s). Learn for yourself, keep for yourself. Live-it-forward, AW.

This chapter is structured into a series of questions as follows:

“Tell me why CKD+IF is superior over linear eating plan.”

In few words: CKD+IF potentiates endless insights to manifest self-autonomy in respect to themes of Economics (Scarcity and Abundance). By cycling in and out of any principle of choice provide dieters numerous opportunity(s) to tinker without nebulous afterthoughts.

We know that any “dieting” works until it doesn’t. But one consistent attribute amongst all successful dieting outcomes seemingly points to “Consistency” (Norton L. & Attia, P. 2021). However this is only an “outcome” assuming all other variables are taken care of autonomously. As one expects autonomy constitutes more than just “routines”. Meal planning, budgeting, preparation, food selection, journalling, calorie tracking, satiety assessment, training journalling, just to name a few.

Recall that the general aim of This Book is not to prescribe “diets”. Rather ¬ ideas and dialogues to facilitate readers their own scientific autonomy. Hence, this chapter is envisioned to both guide and to ease all skepticism surrounding pedestrian semantics “binging” and “purging”.

“What is wrong with the present guidelines?”

Our present wisdom often dictates safe and non-invasive ethos. “Do no Harm.”, “Work with human nature, not against it”, “Practice Self-Love” ~ to name a few. Yet there is seemingly only one persistent logistic behind all of them. “Everything-In-Moderation“. Dieticians thus console “everything” in balance. But what about “trigger” foods?

“Enjoy a “little” but not all “occasions”. What do these words mean? Exactly how much? Exactly how often? Whenever uncertainty is counselled or overridden with general affirmative terms – confusions will naturally emerge.

“Balance” is desirable yet only a semantic outcome which we all can simply answer “Yes” to in a heartbeat. But how many times each of us have to say “No” to a lot of thing(s) not within our control or not within our consent ~ just to get there? This is where we have to experience conflicts in varying magnitudes (a “lot” versus a “little”).

When things get complicated, we often resort to “everything in a pill“, in a “meal” or in a “package”. This may at first constitute insurance or peace of mind. But deceptive as micronutrient conflicts will nevertheless prevail irrespective both anyway and anyhow.

Hence, Nature is chaotic. But for a reason. If we reframe this reason as “complimentary” that would be more accurate because any action should inevitably impose a re-action.

That ~ is where Cyclical Ketogenic + IF qualities reside. “Control” remains and reside in each of us to either: include or exclude one factor for us all to tinker with convictions, with less confusions.

In short, everything-in-moderation guidelines, whilst benevolent in its intent, becomes at best questionable as it is grossly simplifying all of nature’s complexity.

“Show me the research.”

Given the controversial nature of “Cyclical” diets, it has been difficult to find research or trials specific to CKD, and/or CKD+IF combined. Studies on Intermittent Fasting on the other hand are readily more abundant.

Instead of reciting glowing positives, it’d be more worthwhile to consider the “neutral” or even negative ones curated follows :

*Perhaps a large flaw here is they have no control group to compare to. Yes, a clinical trial without a control group. Unusual.

“Why are there so few quality human studies surrounding refeeds?”

(Human) Trials and/or clinical studies on cyclical dieting(s) have been notoriously difficult to find (or access) for reasons that are lengthy to conduct, expensive to fund, and difficult for interpretation to the lay audience.

Chiefly among notable problems are variable confounders manifesting overtime within the subjects; that may or may not be accounted for in each trial’s design. To name a few ~ shifting in metabolism, gut bacteria, and hormones. Many individuals will, at some stage compel to troubleshoot on their own outside of clinical parameters. As one expects ~ such prompts Disqualifications from the research consideration and thereby resulting a compliance crisis.

Scientists are often forced to present findings based only on whoever (or whatever) complies in their criteria. And ignoring those who don’t. In scientific journalism, this is called “Attrition” rates.

….Which limits us to animal studies. They don’t have compliance problems. Genetic “knock-out” study designs indeed help us understand nuanced implications in isolated context(s). But the power alone to manipulate this raise serious debates on ethics and transparency (de Graeffe N et al. 2019) . Another noteworthy reminder (obviously) is life span differences. Rats on average may live for up to three years on average, and that one “1” rat day is equivalent to 26.7 days to a human in theory (Sengupta P. 2013). Hence, translating these to human applications, may yet remain difficult, if not ~ impractical and unrealistic.

In short – Cyclical Keto + IF studies are sadly far and few for many reasons often deemed ethically unacceptable, unconstitutional and difficult to account for the nuanced, confounding factors. Nevertheless, N=1 human case studies should be as valuable to that as a large scale observational study. Animal studies, although not without limitations are useful to assess all extreme statistical experiments in short timespans. In light of all this, Cyclical Keto+IF is not only a cyclical nutritional “plan”, but freedom for one to manifest critical thinking into living evidence for scientific autonomy.

“But what about food selection, habits or choices studies?”

A debate between “clean/rigid” vs flexible eating (IIFYM) was recently revisited in a published study on resistance-trained individual(s) (Conlin AL et al. 2021); and provided interesting results.

The subjects (N=39) were split to two groups (Clean VS IIFYM), programmed into 10-weeks as approx 20% calorie restriction, and then permitted ad-libitum food intake / “post-diet” for another 10 weeks.

The only difference lies in the instruction imposed (food choice overrides). The Clean group was instructed to eat based off Government-templated “healthy” diet. The IIFYM group on the other hand was handed an “ebook” (Lee S. 2019) on basic macronutrient education, but other than that ¬ no restrictions at all for this group.

Conclusion: no statistical difference in overall body fat percentages and body weight gains between the two groups; during both the 10-week calorie restriction and the 10-weeks ad libitum permission. But what is surprising ~ the muscle / lean body mass on the IIFYM group ~ was increased during the ad-libitum intake period.

In light of this, Semantics have no place for health and fitness other than humiliations and patronizations. CKD+IF expects and anticipates ownership, autonomy and responsibility all without semantics.

Refeeding on “junk food” sure sounds “fun” so long as one can afford it and/or for as long as one does not vomit. Such is arguably more of a blessing than punishment to compel us to stop eating and re-examine our food selections for that next 24, 36 or 48 hours of re-feeds.

What is the point of learning, if we cannot experience the extent of such a learning ~ through conflicts and contrasts? Such an answer may only be derived from existential ownership for individuality.

Life is full of uncharted maps. CKD+IF, unlike any other sustenance strategy; works to reconcile one the freedom for explorative Antidote(s) – within – the (N=1) Anecdote.

Coming soon in part 2/2 we’ll get to address the remaining questions.

To be continued in Part 2 of 2. Please leave your comments and thoughts below.