To remain consistent with previous annual writeup; everything are split into parts as follows:

DISCLAIMER
You are reading someone else’s in-depth account/s of nutritional & life intervention/s spanning across ONE YEAR. Covering everything from nutrition, psychology, supplementation and fitness training. All intertwined into both socio-economical and self-scientific (explorative) perspective. This is NOT a light reading. Don’t like it? Then go somewhere else. 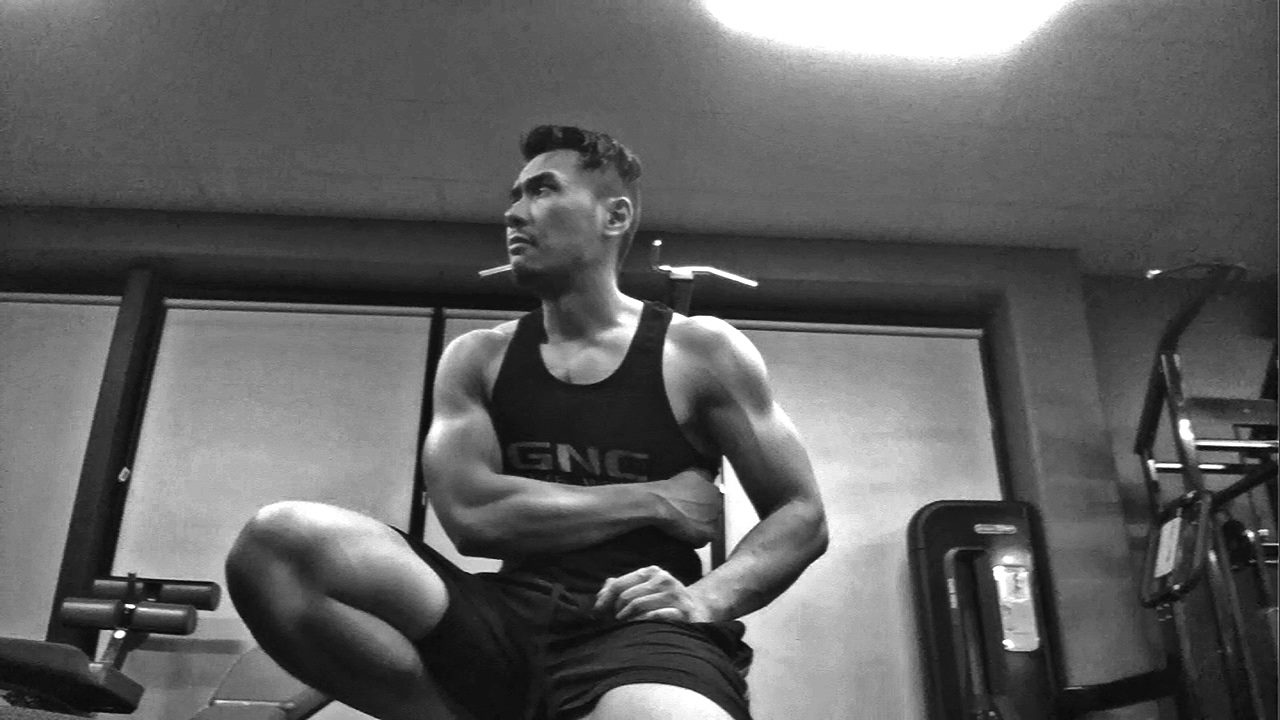 CKD+IF still stayed strong. My reliance on No-tropics; if however somewhat increased, helped me through the tougher days.  Caloric intake is more or less to the same to 2018, if at times lesser – during the many lower carb cycles during winters (<30g). This; under my observation alongside the somewhat questionable list of methodology(s) I’ll get to discuss – nonetheless offered me better-than expected outcomes in nutrient partitioning and digestion.

My sentiments towards Targeted Ketogenic Diet protocol is more liberal this year, and for a good reason. Although much of their appropriateness, I believe is based on environmental and seasonal cues. My experience suggests that during colder climates – TKD causes light discomfort (few moments of bloatedness which distracts) and prevents my usual routine movements.

HC+IF cycles and/or implementation days are far and few compared to last year. Due to more financial constraints, I have tinkered (involuntarily, obviously) on an almost consistent sub $28 per weeks on average for month(s) on end. $35 or upwards as replenishing or for other nutrient replenishment experiment opportunities; were far and few.

As for this entire concept initiative five years since inception, it still struggles upon its #1 problem = viewership / audience visibility.

I am both exhausted and happy to have produced new landmark accompanying project(s). From writing additional book, to that of full length viral video/s. Inspite all efforts seemingly lost without recognition; the hundreds of hours invested into the very first full length, dissertation video; alongside others nevertheless marks beyond anything I’ve done from all my prior years in the design industry.

No Full Diet breaks at all. Next to none Low-Carbohydrate treats.

Throughout this year, and as I try my best to see this in a positive light – I have had absolutely no full diet break periods; unlike last year’s family obligation visit overseas. My diet breaks mostly remains simply as that – 48 hour refeeds or sparse extra one full day of high carb eating. But due to financial constraints – affording accessory food for sake of variety are far and few.

Likewise HC+IF or one-week-at-time cycles of HC+IF insertions are also sparse. My sentiment stays consistent for many years that high carbohydrate eating is more expensive. Yes, I heard it all – straight milk and sugars do, “in theory” – suffice enough source of calories. As suffice as they may seem, they will become monotonously masochistic. Especially if anticipated for the next meal, the next day, and the next, and the next. More accessory foods as “flavour” will become anxiety.

We all know what happens next. After all those tubs of ice creams, Nandos® marinades, and more “accessory” foods  – suddenly it’s too late to afford other necessities. Eg. this week’s and next week’s petrol.

Despite conventional wisdom constantly preaching us that lower glucose are always “healthy” – my experiences suggest somewhat elusive interpretations. I do however most times remains convinced that low fasting glucose levels equates “good” evidence; that whatever Glycolysis vs Lipolysis mechanics reeling in the background to keep me alive – are working as they “should” be.

But nonetheless, blood glucose readings are not at times predictive nor indicative – to subjective feeling of wellbeing.

Many times I feel calm and collected, despite (uncountably too many) bleak days on low glucose levels (<3.9MMOL). Yet also many times overly-wired,  followed by exhaustion (think lethargy, somewhat loss of balance, vertigo); on that very same low glucose levels. My brief yet extremely intense ADF + PSMF  + 20:4  2 week trial can attest to these signs.
Similar confusion likewise with high blood sugars. Many times I do feel good  on high glucose reading (>5.5 MMOL). But this likely only occurs during refeed days (obviously, much higher calories). Yet also on many days – the lingering clouds of anxiety, helplessness, and foggyness. All from similarly high glucose readings, during fasting windows.

Yes, ALCAR is always there to keep me on my feet, however my over-reliance on it needs to be at times self-monitored. Come to think of it, I’d gladly remain happy given which that ALCAR I bought is expired by at least 6 months by now. And still potent, in its effects. It is perhaps also an important note that since much of 2018 – I do not even care one iota about measuring Ketones anymore. It’s just not worth it. $9 for ten strips? No thanks.

While I must admit that keeping myself consistent self blood tests has been somewhat undisciplined last year, 2019 however, has been a pledge for a difference.  I’ve tried my best ensuring I perform all tests on same timings; or at least as close to exact coincidental timings across all key fasting window periods (18 hours to 20 hours) in order to form a consistent data set pattern. Because not only that I CANNOT AFFORD more strips for more whimsical curious testing amidst more random circumstances. Not to mention also the pain of repetitively using the same pricking site(s). Hence my assertions to only test on cumulative patterns derived from the previous year/s. 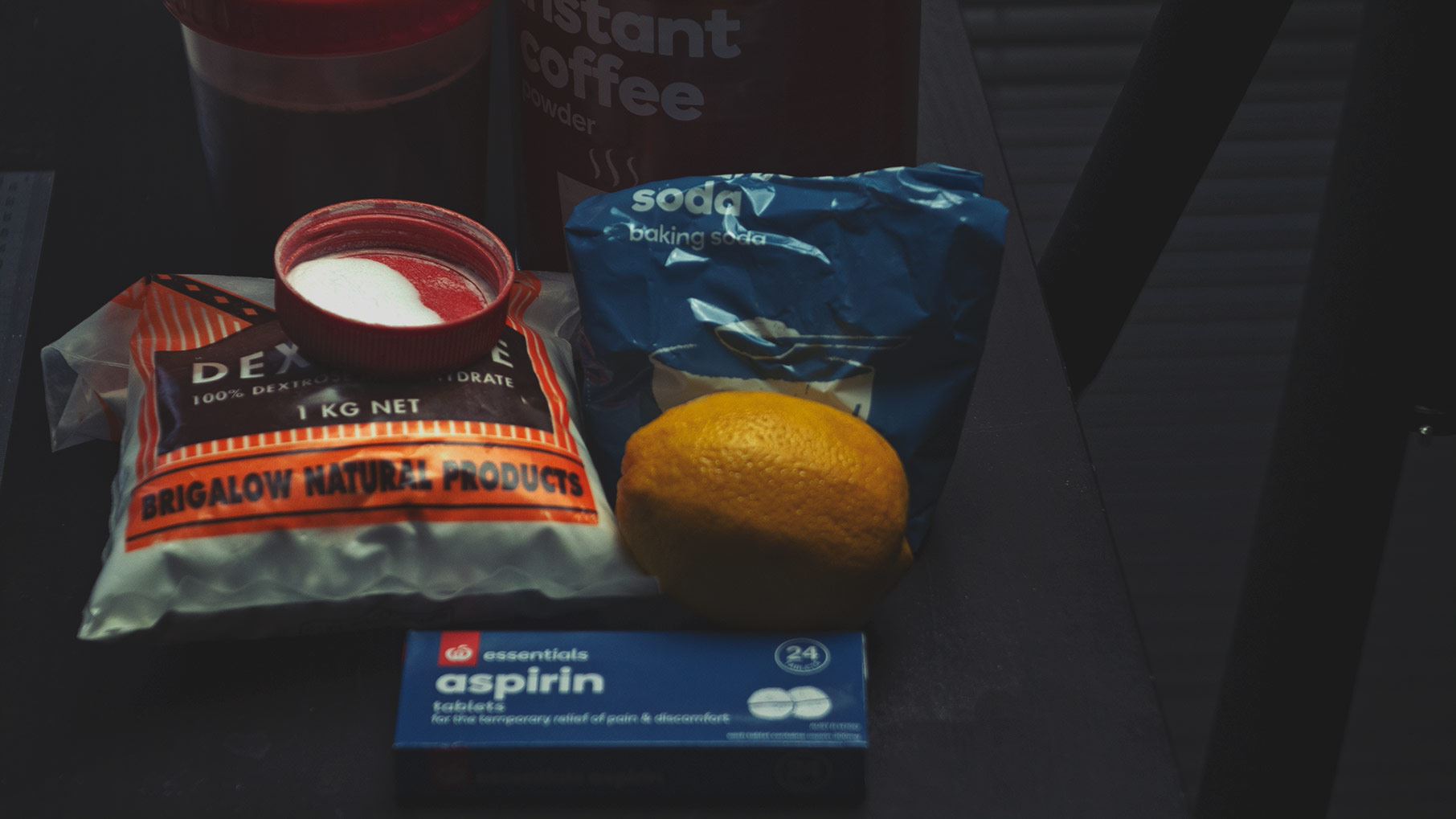 I can no longer afford (many) supplementations.

2019 enforced me to rely on lesser previously-considered essentials. MSM, BCAAs, Cissus Quadrangalis, COQ10 (now my few “precious” supplement), L-Arginine / Citrulline,  Multivitamins, and/or pre-workout formulas.  Perhaps the biggest change is that across almost all training days – I found myself training without BCAAs 90% throughout the year. And living 70% of the year without the conditionally essential MSM for the liver, joints, methylation, hair, nails and skin.

…And what a price; I am still shouldering to this day. Frugality isn’t about being noble. It is about being truthfully nimble. I have restricted my supplementations to that of low dose aspirin, zinc (whether cheap chelated or gluconated), magnesiums (chelated or cheap oxide with B6+manganese), Vitamin K2 MK7 (only 2 purchases this year due to expenses), Liquid vitamin D (+ other trace minerals combo from time to time), Vitamin E + Chromium GTF or Pico’s (during refeeds only) and fish oils (periodised intake between low/high).

Pre/intraworkout mixed solutions are now mostly limited to just creatine, flavoured diet soda of choice, beta-alanine / Citrulline Malate (both which are only occasional reliance), instant coffee powders and one (1) 300mg aspirin split into 2 doses (1/2 before first exercise and 1/2 at half time beneath 250+ rep depletion training day).

ALCAR / acetylated L-Carnitine still remains my go-to support to pass the day. No, I do not foresee it as a craving each and every day on very large doses (2 grams+). I am happy that I remain sensitive to its effects to as little as <500MG sprinkle amount in my coffees and intra-workouts.

My routines remains unchanged from my previous write up. 5 days of 18-20:4 IF format, predominantly towards Keto/LC higher proteins macros then the 48 hour weekends reserved as weekly refeed(s) windows. Fasting begins from 12:30AM onwards. At times when I am still hungry – by 1 AM before sleep. Mondays through Fridays remain as my 18+ hour fasting days. The shortest feeding window I have had are <4 hours.

As of the recent hectic months working on Youtube® video projects led me fasting for up to 21 hours. On few occasions breaking this by as late as 9:15PM and only leaving <4 hours feeding window.

On fasting windows – simple black coffees and teas, always remained as staple. As for my drinking water – sprinkles of baking soda and himsalts. ACV+Baking Soda + Cream of tartar + Him salts still in use, though I finding it lesser use of this ACV concoction. As there are times I cannot even afford ACVs in the first place. Otherwise, it’s just coffees (with finger pinch amounts of Cream of Tartar for potassium).

Maintenance calories range between 2100-2200 calories as accordingly to my statistics – 66.5kg average mean weight throughout 5-weekdays, 175cm. Highest vs lowest intakes were or more  less the same as last year. The highest recorded for Keto/LC IF days being 1800 calories. And the lowest – sub 1200. As mentioned previously, no full diet break periods. Only sparse HC+IF week/s are implemented due to more budget austerity(s) between  $27-$28 average consistently per week.

KETO/LC/IF days mostly hover on average 1500 calories. Higher ranges are between 1650 to 1800 calories, but far and few. I still caution nevertheless that unless you are resourcefully able, surplus attempts on any Ketogenic regiment is unnecessarily taxing to the digestive system.

On refeed days I find that I can tolerate higher calories. I find that seasonal variations do confound this. Up to 4500 calories were recorded in first day (Saturday) before the mildly decreasing to 4000 or even as low as 3000, depending on resource availability.

I believe that due to higher bias towards protein intake, my end-week visual thoughts and reviews have been for the most part – more satisfactory on a consistent level, despite training performance detriments. Once again, I attribute to this mainly to the lack of recovery supplementation privileges plus also the chronic deficits on ALL 4 training days for two (2) years straight.

Post refeed weight on Mondays varies from degrees of water-loss; but hovers between 67.5kg to 68.5kg, same as last year. At the end of the week – from as low as 64kg (some defenite muscle loss but not too bad) to 66kg (reasonable muscle retention). Body Fat Percentages using 3 site Jackson-Pollock method remains  more or less the same – 11% to 13% during Keto/LC+IF days.

To remain concise and not repetitive, I will not be writing my exercise regiment into separate section. It all remains exactly as they were previously – 4 days per week split. I encourage all to read the previous annual food for thoughts, part 3.

To briefly remind – each training day comprises of limited rest (<15s for isolations, <30s compounds) 6×6 resistance. Throughout this year however due to compressed scheduling at times I have tinkered with heavier intensities but fewer sets (5×5 – 6×5 variants) – but still aiming to establish at least nine exercises on average (eight on lower body days), and 30 second rest timing on average.  The highest # of exercises completed in one(1) training day sitting under two hours – was FOURTEEN (14) exercises. This was clearly over my limit, and hence forced me to de-load upon the following training day. 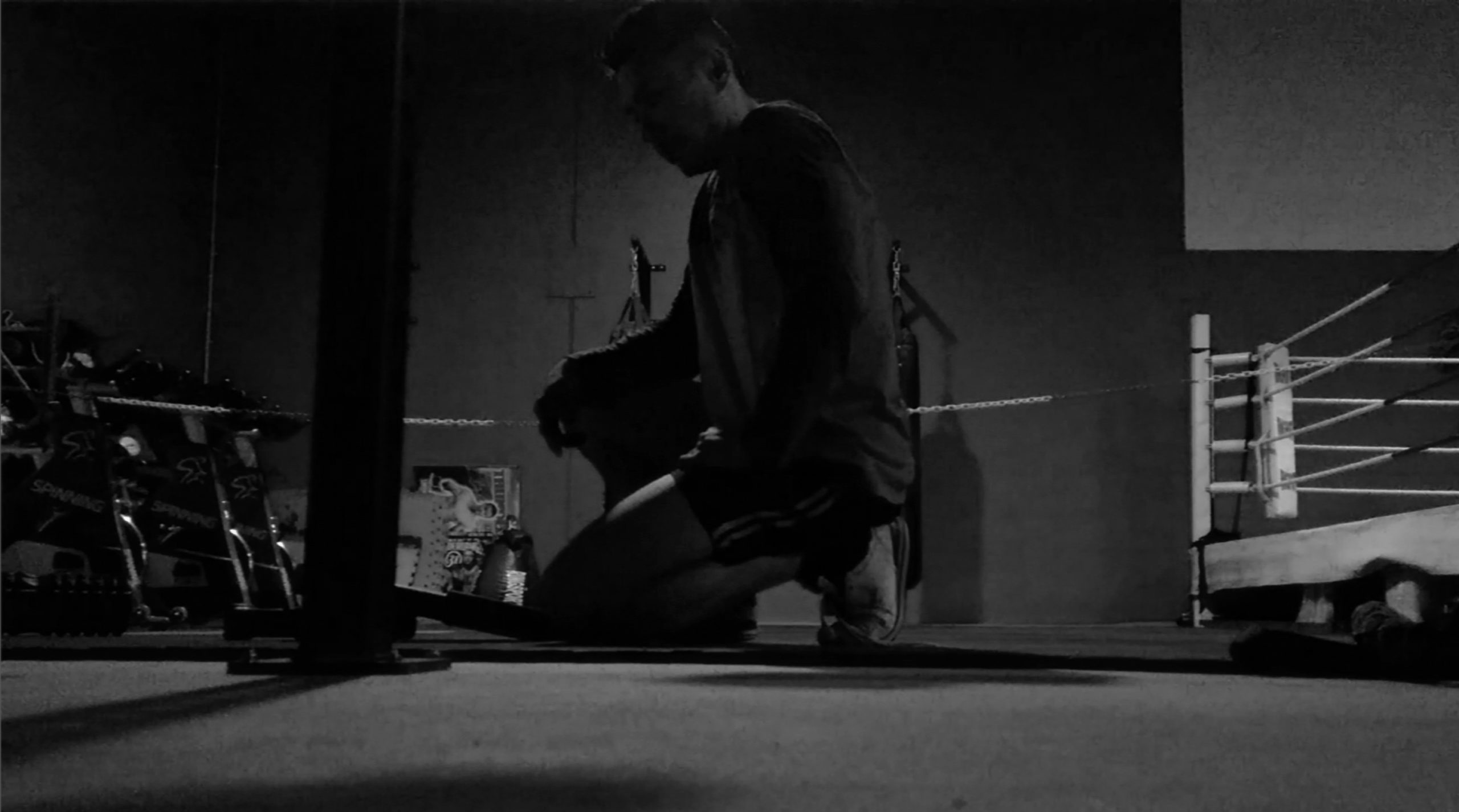 Inspite struggles – everything leads back to Intermittent Fasting.

“Nutrition” as ration or “reason” – compartmentalises much of life. Save it, and perhaps it may yet – save us. Such methodology to accept this reality? Intermittent Fasting.

After all the currency we all have is time ~ at reasoning our own selves first and foremost, before we transact such reasoning ~ to the sociology.

Meanwhile to end the sombre year of 2019, what better way than to enjoy an occasional frugal royalty; minus the “exquisite royal” tradition – Livers Pate recipe.
“What” you make out of reading this account is “how”ever up to you. I encourage all to nevertheless read my prior food for thoughts. This concept initiative is not about information frequency. It is about authenticity and density.