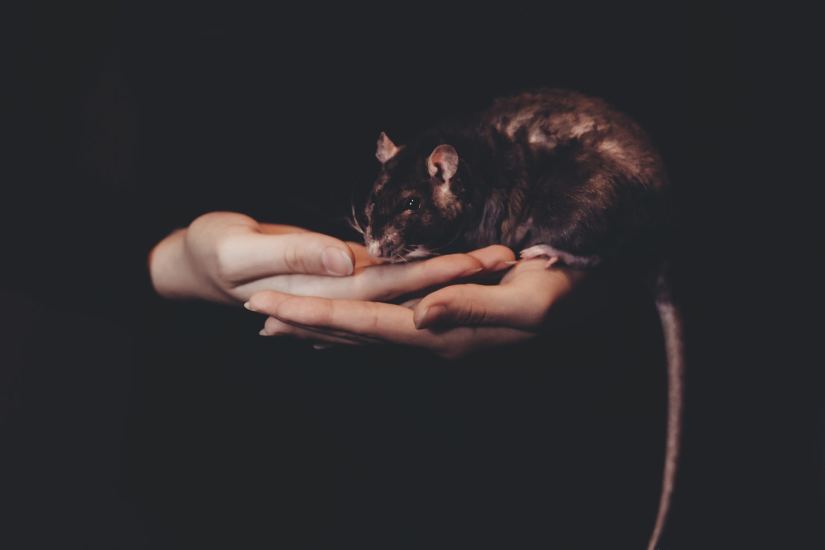 I recently witnessed the famous Mouse Universe experiment by John Calhoun and this compelled me writing and sharing my thoughts. One of his many published studies, grimly titled “Death Squared: The Explosive Growth and Demise of Mouse Population” aimed at exploring what would a “Perfect” world be like for its citizens. “Universe” in other words ~ with unlimited (given) resources both food and water; at least in a mice model.

Other goal of the study is to assess the effects of overcrowding ~ typically ~ social & behavioural markers; territorial, and reproductions included.

Enter the “Perfect” Universe (for mice).

Enclosed within this Utopia – were numerous “apartments” capable for supporting up to 4,000 mice “citizens”. Litters and all waste were cleaned (voluntarily by humans obviously) ensuring no bio-chemical threat confounder. According to the study the overall food and water availability / prepared abundance was so immense; theoretically it sufficed to cater the population count of 9,500. The water supply was theorised to cater up to 6,144 ‘citizens’.

All social & mating observations; from initiation to upbringing were assessed throughout the (almost) 1600-day written observational records.

Given the mixed receptions on the study’s release – extrapolating these mice’s behavioural analogously towards applied human concerns ~ still remain disputable for decades on, even to this day. Reading the actual published paper itself still remains highly advisable nonetheless because Calhoun himself attempted to address most (though not all) skeptics and counter arguments.

The Four (4) phases or overall “evolutions”.

There are Four as accordingly to the original paper ~ stages or evolutions throughout this fascinating study.

The “Genesis” in this Universe began with introducing four pairs of “Adam and Eves”. The first ever (mice) citizens freely roaming the “planet”. This marked the first of the four phases or evolutions – of which Calhoun titled as “Strive”.

This was simply a phase for exploration and adjustments within the Universe’s environment or the “apartments” ~ where to access the consumable resources (food + water). Early settlements appeared to form as early signs of territorial divisions. However, social dominance or conflicts amidst during this early population – were seemingly non-significant.

A brave new world began. The curtain was opened.

An exponential increase in populations were noted. The growth was immense; almost doubling over previously recorded quota on every 55 days. Mating events successfully occurred as soon as sexual maturity age were reached. Calhoun hypothesized this as how “active” the male population were at initiating all sexual reproductive instincts. He termed this “Social Velocity”.

These “active” males appears to be more localised in certain parts. Mostly on the south western side of the Universe.

Throughout days #86 to #338 saw a heightened, and interestingly specific ~ territorial densities. Despite food + water supply were scattered as evenly possible – some areas of the Universe seemed distinctly more concentrated in sexual mating events than others. In other words, some areas appeared “lonely”.

The “older” aged population however on the other hand appeared to be congregating on the complete opposite corner (North Eastern of the Universe). This area produced the fewest offsprings compared to its opposite “younger” region.

Overall population began to plateau. In some areas they declined.

Increasingly “violent” activity seemed arising. Possible goal for this was for dominance fought amongst the male (and later on – females). Rates of injuries and deaths amongst the lesser active and the lesser dominant individuals were increasing.

The growing numbers of “passive” males – especially noted by the scars / wounds on their tails  congregated further and further – towards  the  epicentre of the entire Universe.

Overtime – the “centre” eventually became a violent mix of fighting.

“Females transported their young to several sites, during which process some where abandoned. Many litters of a young age on one survey disappeared before the next survey….Such abandoning of young following survey disturbance is a particularly sensitive index of dissolution of maternal behaviour.” (Calhoun, J. 1973)

Almost all nesting sites that were once protected – now ploughed in the process due to the overlapping invasions. Throughout this Phase, signs of aggression or of overall hostility of the females increasingly were matching to that of their male cohort.

Whilst chaos persisted in the background – few appears to take refuge elsewhere on the solitary spaces.

These “survivors” were later then named by Calhoun – as “The Beautiful Ones”.

From day #600 onwards; more deaths were observed than births.

Any attempts at increasing stable population growth – seemed futile. Mating events now became disruptive and maternal behaviours grew more unusual. Homosexuality and/or even familial incests began proliferating in large attempts. Only a few numbers of natural births occurred, but this was greatly offsetted by the rising # of deaths amongst all the violence and fighting.

Perhaps the most interesting, were the rise (as well as solitary deaths) of the passive and non-warring mice whom Calhoun called “The Beautiful Ones”. These mice were not only exemplary of hoarding and overly protective – of simplistic living patterns. Namely ~ eating, “grooming”, and sleeping; on constant repeat. But their sexual reproductive instincts / desires – seemed muted.

Neither did they evoke – random acts of violence either. What appeared extraordinary is their “beautiful” appearance. Bleached white skin, gentle furs, alert and bright red eyes. Free from battle-scars and/or  wounded tails.

Meanwhile ~ increasingly premature abandonment(s) from mothers and their children from the previous Phase (“C”) continued. Any signs of traditional raising patterns were almost nil.  Despite new (very few) births were seemingly successful; the offsprings immediately were abandoned by mothers.

The last known recorded conception was noted in Day #920.

From there on; all inhabitants of Universe 25  proceeds to decline rapidly.

Mortality rates increased as compounded by the (solitary) deaths of The Beautiful Ones from old age. So too combined with premature deaths from helpless exposure to collateral invasions further adding to the  toll.

“The Beautiful Ones”  nonetheless continued subsisting in solitary spaces as far away from the violent territories. Their fates headed towards little else – than  dying of old age.

An “inexorable decline”; as Calhoun wrote. What was left and recorded as final population count on this day – were just twenty-three (23) females and four (4) males.

…The curtain was closed.

The theory behind the decline – “Behavioural Sink” and its Critic(s)

Multiple theories and hypothesis still remains to this day actively debated. Among them was largely a critique on Calhoun’s causation hypothesis known as the “Behavioural Sink”. In short definition – through concentrated population density in any given localised area alone; leads to an observed hopelessness or oblivious irrationality.

A notable critique to the Behavioural Sink however was raised by Psychologist Jonathan Freedman. He hypothesized it was not so much about the physical aspect of “overcrowdedness” that played the biggest causality at decimating the mice population. But rather – the already seemingly enforced expectation – for social in-teractivity than welcoming social ex-clusivity.

He hypothesized that perhaps Totalitarian in-clusivity was seemingly encouraged. Given by overlapping (and warring) conquests inbetween divisions for total dominance.

This may seem difficult to understand. But another likewise critique by Dr. Edmund Ramsden summed it up in two part/s:

Notice the word “unwanted”. And “unavoidable”. This hints that there appears to be a question of “choice”.

Consider those who survived and found solace in sparse distant locale’s; aka “The Beautiful Ones”. Perhaps these behaviours – were evolutionary instinct as means to evade or avoid the totalitarian “In”-clusivity. Or at least, it appears to be a chosen reaction to not participate amidst the violence.

Noting this, Calhoun’s colleague tried physically relocating (the Beautiful Ones) into another Universe to see if sexual reproduction was possible with  “adequate sex partners” (page 85). Yet failed miserably, as cited;

“Even placing them with adequate sex partners of the opposite sex, that had matured in uncrowded conditions, also gave very little indication of retention of any adequate reproductive behaviour.” (page 85).

Once again, the above finding speculates ~ that the Beautiful Ones rejects (by “choice”, once again) on anything new than their own homeostatic solidarity. Even when inadvertently placed in a fresh new environment for mating opportunities led these mice in confusion, awkwardness and hesitance to reproduce.

…So what are “my” thoughts?

It depends on what context this question is aimed at. If it were me being squarely asked whether I believe the Behavioural Sink theory holds applicably true for humans? I’d say both yes and no.

It is impossible to curate my thoughts all in one writing. Hence, read on here to proceed for part 2 whereby I will be splitting my thoughts into several points.