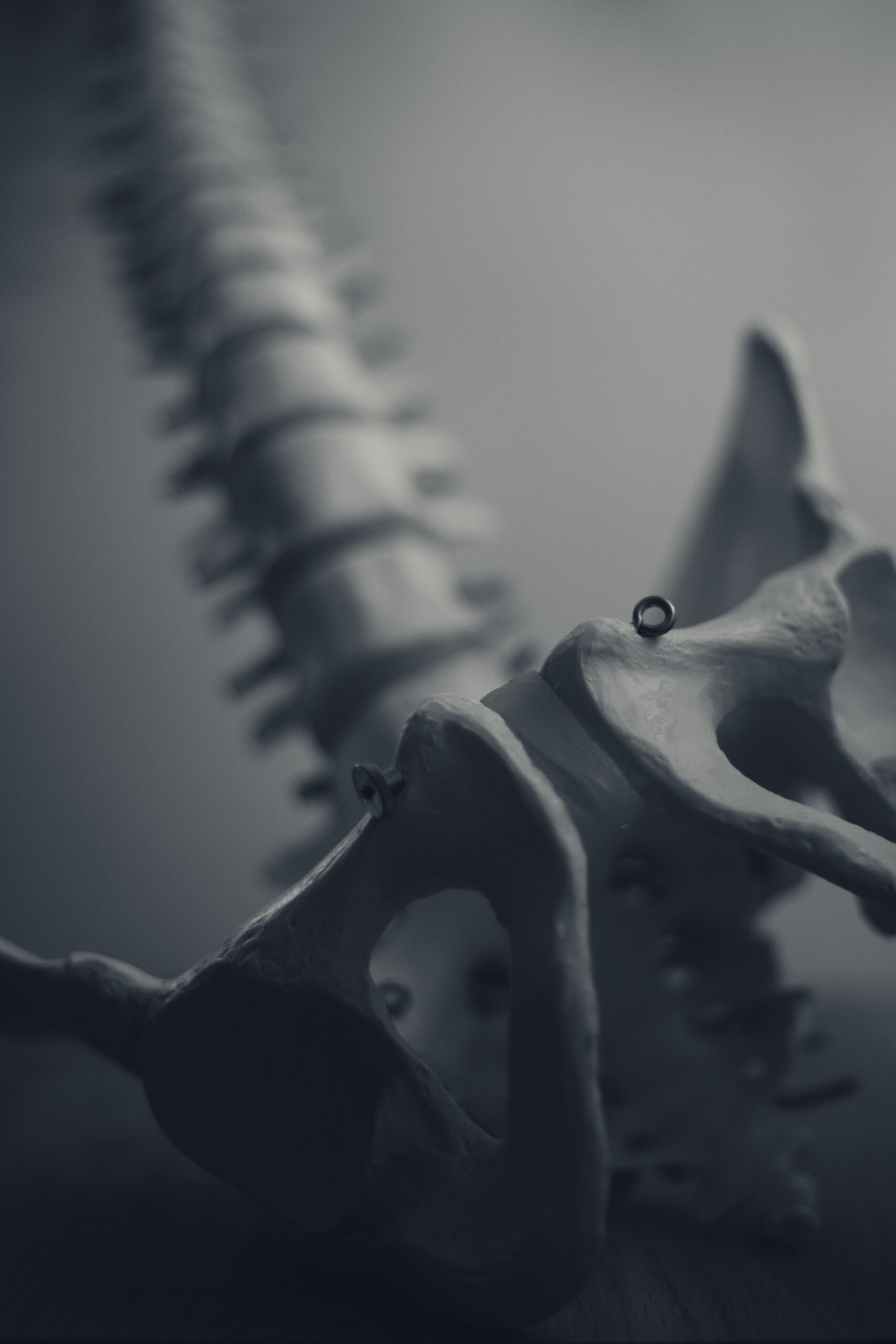 Here in this third section is reserved for “special interest” discussion on matters relative to the Self-Meta surrounding legitimacy of Vitamin D. Due to the likely encumbering depth, This Author (AW) decides to split this to its own section here to facilitate partitioned readability.

For those who are also affected likewise; which in all likelihood belongs to complex branch of auto immune disorders not entirely related / confined to “arthritis” alone ~ may find this reserved section relate-able, and hopefully both enlightening and contemplative. This Auhor (AW) appreciates any or all feedbacks in this entirely not for profit, personal initiative at accommodating decentralised dialogues to nutritional science, health and wellness. Live-it-forward,

The first beginning preface here begins as a brief summary of This Author’s (AW) context and condition; mainly surrounding his partial diagnosis of a possible autoimmune  condition known as Ankylosing Spondylitis.

“Ankylosing Spondylitis” or AS for short ¬ is recognised as an autoimmune “rheumatoid” and/or “osteoarthritis” related group of skeletal and physiological declines resembling disc degeneration disorders. Typical symptoms manifest as high levels of pain on lower regions of the lumbar spine, particularly upon rising during mornings but does not resolve for many hours until at least some fitness or exercise routines is surpassed. Ankylosing Spondylitis first and foremost is characterised by unexpected bone growth in areas or in extents where such growth causes bone infusion; thereby inciting risk of nerve impingement. This is accompanied by markedly high C-RP readings or C-reactive proteins, although not all patients affected exhibit this.

Affecting mostly male adults, AS is often diagnosed firstly as serum presence of “HLA-B27″ ~ a white blood cell antigen specifically grouped under “Human Leukocite Antigens”. However, reliance on this genetic testing alone remains  widely contested as both severity and final diagnosis of AS appears to be defenite only within 10% of all who tested positive. This Author (AW)’s own initial diagnosis in 2014 indeed confirmed positive for HLA-B27, despite reassurance that this only implied a 10% certainty for defenite illness.

“The association of HLA-B27 with AS is well established and occurs in 85–90% of patients. HLA-B27 is seen in 5–15% of the general population, with some variability associated with ethnic background, but only 5% of HLA-B27 positive people develop AS. As such, HLA-B27 in the patient with clinical features of SpA can support the diagnosis but has no role as a general screening test for spinal pain.” ~ RACGP.org.au

However,  the many years that followed after initial diagnosis manifest an intermittent though thankfully infrequent inflammation flare(s) along the lumbar disc region L4/5/s1. The immobility and pain experience(s) throughout each of episodic flare strongly resemble the above typical diagnosis for AS.

Whilst symptomatically manageable, it is the degree of unknown(s) for recurrences that are yet to be reconciled or understood; as is typical of many autoimmunity conditions. Thus the very rationale behind why this section was written and prepared for readers whom are affected and thereby keenly interested at pursuing further research on the possible etiology.

General Bird’s Eye view of the research / Why Vitamin D

Under humble knowledge and limitations of This Author’s (AW) own indemnity and academia ~ he sincerely believes that any health declines be it physiology or psychology carries not a single, but often times many branching interactions inbetween various confounders. For instance, “immobility” is not necessarily confined to “bone health” alone, but instead ~ possibly multi-faceted implications beyond just socio-environment aspects ~ but complex interplay of changing, and which that we shall emphasize “changes” ~ as we age in our enzymes, genetics, immunity, autoimmunity to various insults, stressors, and/or stimulis whether endogenously or exogenously amidst our environments. Given these perplexing relationships, is thus what justified This Author (AW) to pursue lateral ambitions towards Nutritional Science in the hope for channelling and advancing lateral dialogues.

Coincidentally, knowledge surrounding pathogenesis behind such condition ~ remains undeservedly researched especially when nutritional science is gently brought to discussion. However there at least appears to be a growing call  for concern that such condition may yet indeed be relative to that as autoimmune related (Arabi S et al. 2019). And therefore ~ Vitamin D and Calcium both remains strongly implicated for our concern here as agreeable by many literatures to date (De Martinis M. 2021) & (Athanassiou IK et al 2019).

To date under This Author’s (AW) best awareness on Vitamin D affects the management of above condition ~ the following research reviews and official meta-analysis upon Vitamin D relevance to AS and autoimmune so far suggests, follows:

The above are only cliff summary findings and certainly does not and should not ~ constitute complete analysis. Please exercise further timely reading, whenever possible.

In addition to the above there appears to be very few suggestive objective recommendation or hypothetical dosage protocol of 25OHD or any Vitamin D substrate is deemed beneficial. Except one (1) research (Charoenngam N, 2021) suggests a plasma reading up to 150 NMOL ~ appears to be the limit of what is deemed “maximal” benefit; as quoted from the abstract:

“Although the optimal level of serum 25(OH)D is still debatable, it is advisable it is advisable that patients with rheumatic diseases should maintain a serum 25(OH)D level of at least 30 ng/mL (75 nmol/L) to prevent osteomalacia, secondary osteoporosis, and fracture, and possibly 40-60 ng/mL (100-150 nmol/L) to achieve maximal benefit from vitamin D for immune health and overall health.” ~ Charoenngam N. 2021.

In May 2020, upon a much delayed blood panel test This Author (AW) witnessed a markedly high 25(OHD) readings at 179 nmol/L ~ despite normal readings in both Calcium (corrected), PTH, and C-reactive protein markers. However for a three week period ~ he decided to trial abstaining all Vitamin D supplementation and interestingly noted a markedly reduced QOL / surrogate quality of life markers ~ from digestion, overall psychology, outlook and resilience. From what was 179 NMOL came down to 132 NMOL in a matter of three weeks.

Upon restoring maintainance Vitamin D supplementation of at averaging 5K IU daily (during summers / warmer seasons) to 15K IU intermittently during winters ~ brought him back the homeostatic “defaults” of overall surrogate QOL markers.

Calcium intakes and AS severity.

As brief preface ~ Calcium, next to Phosphate remains in general consensus essential  for bone integrity, strength, density, muscle contraction, nerve transmission / conduction, enzymatic reactions including that of insulin release, and homeostatic cell proliferation, division and programmed apoptosis. So far there are three types of calcium bound within human physiology (note: not exogenous / supplemental form) has been identified (teachmephysiology.com) at least within the serum level ~

Two (2) factor(s) taught to be essential behind these tight regulation is Vitamin D and PTH (Parathyroid hormone).

Dietary calcium associations or correlation research to AS or rhteumatoid / arthritic groups of autoimmunity remains interestingly mixed given the diverse essence of calcium to both enzyematic and endocrinological roles beyond than bone mineralisation. There nonetheless appears to be a few, though limited evidences ~ at questioning whether high calcium, be it dietary or supplemental may warrant caution for those with AS.

“In this systematic review, we have determined, from a relatively small number of studies, that the evidence on the relationship between diet and AS is extremely limited and we have highlighted important methodological weaknesses in the studies reviewed.” Macfarlanne, TV et al. 2017

“Calcium supplements may be disadvantageous for entheseal calcifications, but so far there are no clear data confirming that such an association exists.” ~ Talotta, R. 2020

What can we learn from here?

In light of the above view, it remains strongly suggestive that BOTH decline of Vitamin D or Calcium input status ~ seems very likely detrimental.

At best, on a general widespread view there seems to be more or less concur towards a favourable stance to Vitamin D supplementation.  Upon which examining these further suggests there are healthful markers which may warrant contemplative further research:

This concludes the third of the fourth ongoing work in progress of this Self Meta. Please meanwhile proceed into reading the public open/transparent draft on the fourth and final part where This Author (AW) shall disclose overall pragmatism and N=1 course of actions.

<personal message> May I hope you find the above and this entire concept initative ~ both lateral and broad in its branching interest. Please forward any comments and or thoughts surrounding this work in progress, not for profit, and entirely self-initiated academia interest to demonstrate scientific self-enquiring. Thank you. Live-it-forward, AW.