This is the second out of three part feature. Read the first part here.

Previously, I may have sounded somewhat harsh as I transparently dispel all there is of “moral” virtuosity within Veganism.

I concluded that Morality as an idealism amongst Vegetarian or plant based way of living – is interpretively fixated in one direction. Such that “Morality” towards “pro-life”; despite its alluringly emotive-pursuit ironically dismisses the chaotic connectedness of “Reality” itself. I remind that all realms of “consumption” reconciles this “connectedness” as such to that of a process. All through the passing of time. Which compartmentalises the very word “Predator”. That is – something has predated towards the sustenance of something else.

Despite all the above – this time, I’ve decided to be fair.

The first out of two significant praises I have towards Veganism is perhaps the most relate-able. They truly understand Economics in the most pragmatic of all senses.

I remain at times convinced, in and out – believing that Resource Based Economy would largely revolves around Veganism. The exponential evolution of Technology after all cannot be stopped. Technology, after all eases excess labour. Especially aimed towards Agriculture and food production. We will likely have 3D food printing. Whilst also considering livestock cloning or lab-grown proteins.

Money wise, Quantitatively once again – Veganism truly harness the importance of this. My $25-$27 weekly budgets(with $35-$40 every 3 week replenishment purchasing) would not have been possible without eating my year-expired TVP. I am absolutely sold. Truly, by the much lesser accessibility cost/s. Even allowing period for refeeds after five days of 17-20 hour fasts WITH training on top

…But from each and every proud “milestone” – is this blissful ignorance? This is where sadly, my thoughts remain a dilemma. 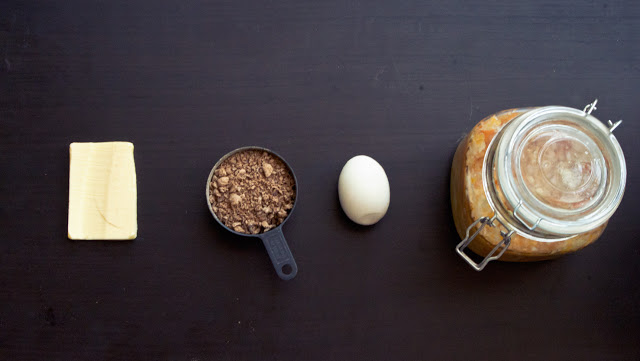 Unfortunately, somewhat worrisome. Yet to be fair – my answer still remain somewhat unconclusive.

Not all my prior experiences within of SKD Keto/Lacto-Ovo Vegan experiences have instilled me any more “confidence” to offer any way of “conclusion”. But I will say this, such a challenge from eliminating what was once a homeostatic “default” is a physiological compromise in trade for Morality.

Given the effects I myself accumulated from such interventions. From (in order of biggest perceived change) – complete lack of taste perceptibility (requiring me to seriously dosing up the Zinc). Distinct lack of food rewarding responses (a hint of gut microbiome change). Then that hard to describe sluggishness – head, lower back and toe. To curious muscle damages and joint recovery disappointments which I couldn’t help but noticed throughout my own training journal.

To this day I remain even convincingly worried – that despite 4000+ cals glycogen / caloric refeed across 48 hours on weekends – my weekday training recovery still aren’t as effective compared from recent memory.

Recently, I have had some very curious rib cage pains along the left side. I suspect that TVP (being the only variable most recently added) and more Pea Meat Loafs into my KETO/LC + IF regiment contributed to this issue. For days for close to a month and half as I’m writing this. I have changed not a single supplementation regiment. Nor a micro nutrient nor a training regiment/s across four days of hell 5×5-6×6 depletion training. Stretching the pectorals against the wall flat during 6×6 volume / 10+ exercises triggered this pain immensely for weeks on end. Despite liberal sardine, combined linseed and fish oils O-3 and baby aspirin (preworkout) intakes.

As I reintroduced meats again, all the prior adverse effects, gradually lessened.

BUT Quantitatively speaking – does Veganism suffice?

This is where I will say yes. Veganism wins the economics and arithmetics in mind. Despite the somewhat above worrying signs I myself noted.

To this day however I still am exploring and avoiding anything within plant-based that adversely impacts my physiology. One food at a time. I would, that is – willingly- continue to stay explorative within this mindset. Alas, it saddens me still many alternative vegan products remain similarly expensive as animal based competitors. Glancing at the ingredients perhaps justify such a high price tag.

Regardless, Veganism encourages a new layer of brave acceptances.  Eating less meat made me realise pragmatically one thing. That despite my above worrying signs – there are always alternative substitutions. Even if such are not optimal and consistently suspect of counter-nutrients.  Protein quality for instance, need be somehow extended to beyond just TVP. Or God forbid – beans. Their anti-nutrients (as consistently evident) completely made me both wrecked and numb in the gut.

TLDR; adapting to Vegetarian or plant-based way of eating thus far proved difficult, but is not impossible. It provides Quantified means of sustaining. For as long as supplementation remains warranted. That is, at fulfilling various gaps beyond Vitamin B12.

No differently to us meat based or flexitarian eaters. I am not being sarcastic.

It seems no matter how much“facts” they are thrown at in one way or another – they don’t flinch. Deficiencies amongst vegetarianism: Zinc. Iron, Carnitine, Vitamin B12, Vitamin B6 (interestingly zinc, B6 and magnesium are required for optimal enough stomach acidity; to safeguard against H. Pylori infection. ), Vitamin K2 (even I’m in trouble with this due to only K1-focused intakes because regular K2 supplement can be costly), Taurine, and Creatine (not just for muscle, but liver and neuro-protective).

They don’t care. Such persistence. Despite real people, babies, including animals (my heart nearly sank). Whom all have claimed Near-Death-Experiences – having fed vegetarian / plant based eating. Witnessing these still do not cause them a single twitch.

I have been assured few times by academically minded individuals. Including masters degree holders in multiple fields of Medicine and Science. That cancer incident rates amongst Vegetarians are no different to meat eaters.

Still not a twitch of worry. “Nope”. “Preposterous.”.  “I’m still breathing fine, nothing wrong with that!”…So this is where I must admit – such affirmations are actually a convincing evidence of stoicism.

Without sarcasm nor any other motives than me for admitting such merit. That Vegans – are as stubbornly immune as any ordinary human being so consumed at defending a moralist purpose; against anything opposing their narrative.

Well, I guess I am no different. If I like a certain something that appeals to my primal admission, then I’d defend it.

Stubbornness to preserve good will despite pain is persistence.

Except for as long as of course – they, the plant-based eaters remain honest and Authentic. I hope they do not turn nor remanifest their Morality into a weapon of coercive Superiority. Writing deceptive click-baits for attention’s sake; for instance.

This concludes part 2 out of 3 of my thoughts on Veganism. Go here for the end part.