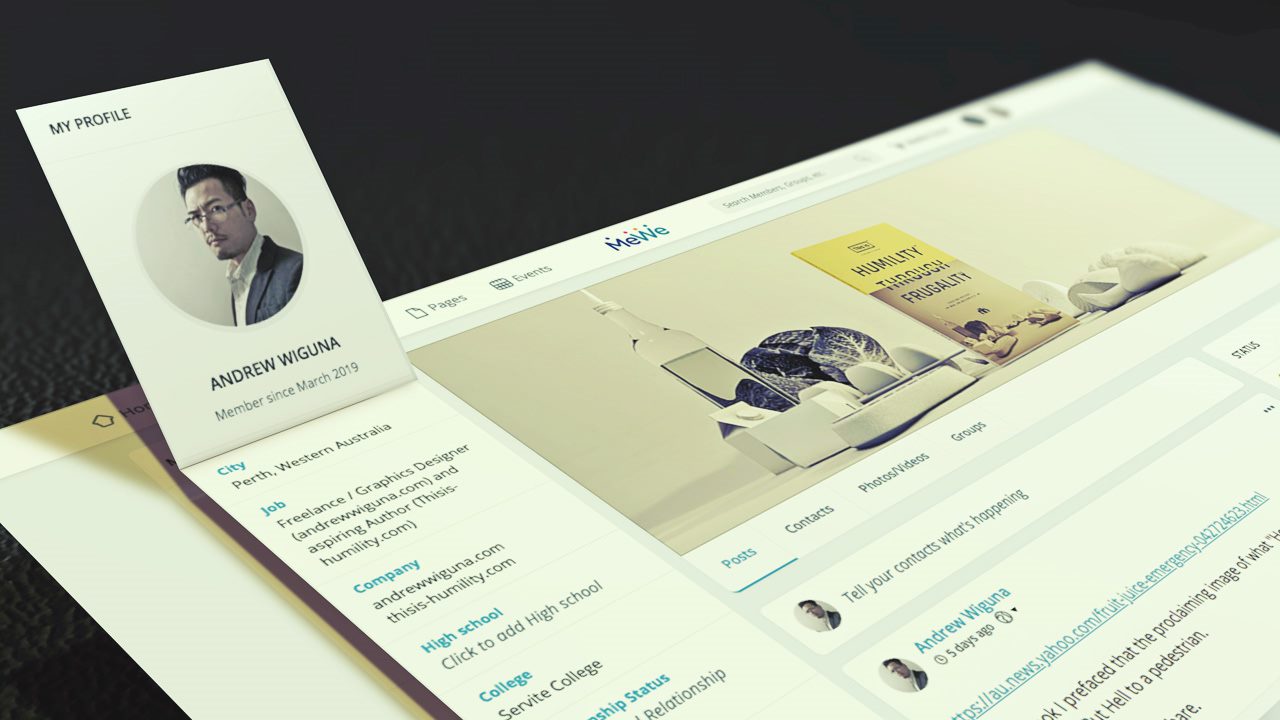 Given nobody chimed in their thoughts to my previous article, I’ve decided to proceed all-in to try out MeWe. The prominent alternative against Facebook® and Twitter®.

I’d be grateful for anyone to visit the new presence now as-is.

In a word, logistics. Thanks to MeWe’s import tool. I am pleased to report that just after a day, all my content were seamlessly imported.

I simply do not have the capacity to single handedly migrate 200+ of posts. Including that of my prior quotations design posters projects. Which I sadly has to cease due to a number of years garnering no shares and nil comments. I needed a “frontal-news” hub platform for pinning my announcements, updates, and influences worth sharing. MeWe® suffices that and many more, as full-featured social media network.

I assert once again that this branding initiative is designed for individual Contemplation. Not for hedonic or sensationalised Attractions. Instead of asking for “Likes” or “Subscriptions” status – I emphasize the concept of “Live-It-Forward” model of gratuity. If anything I wrote impacts someone else’s life supportively, reflected in sincere writing – then that suffices mark of thanks. Far more genuinely so than a “Like”. For keeping this project and its manuscript revisions enabled and going.

MeWe® whilst seemingly no different visual/branding wise to Facebook® (blues colour palette) – nevertheless offers a solution to existing problems of social media. That is, the need for untampered user’s Privacy.

My self identity & Project in one (1) profile + Why LinkedIN® remains.

From now on, I shall begin my experience with MeWe® by combining my prior AW™ Google+ and this Project’s all into one (1) profile under my full name. A decision remains mine whether to continue or re-evaluate should anything goes sour beyond my capacity. If the worst seems inevitable (defamations or irreconcilable relations), then I’d have to willingly prepare to transition anew. Or completely remove the social media presence altogether.

On the other hand – my promotional activity of this Project shall still however remain active in LinkedIN®.

Simply because of my interest at disrupting paternalist biases of LinkedIN®. As well as proving my diversity of interests beyond tagline “Designer”. Considering all those “Congratulations!” corporate award dinner photos and Survivorship-Biasful articles for “career success” remains abundant. Elitism and condescendence likewise both remains very preachy.

Many years I have been fully aware that I have been silenced and muted by various peer(s). Perhaps their short-sightedness led them to judge my book (and impulsively thus – my employable “character“) as nothing more than delinquency against Institutions. Perhaps they themselves are too preoccupied in their heavenly abundance of securities. Whilst repeatedly consuming & wasting things they took for granted. They’d likely have not experienced true biological / nutritional scarcities. Structured beyond their will nor consent.

I shall let time be the merciful judge when their circumstances change. Alongside their apologies too – queued to one day awaken in sheepish silence.

For those who are new to this initiative – welcome to the Internet’s least visited independent thoughts on wellness and nutrition.

You will likely both agree and disagree, with anything this project suggests. Precisely why it encourages you to be an Explorer, not a Follower. Paternalism need not apply.