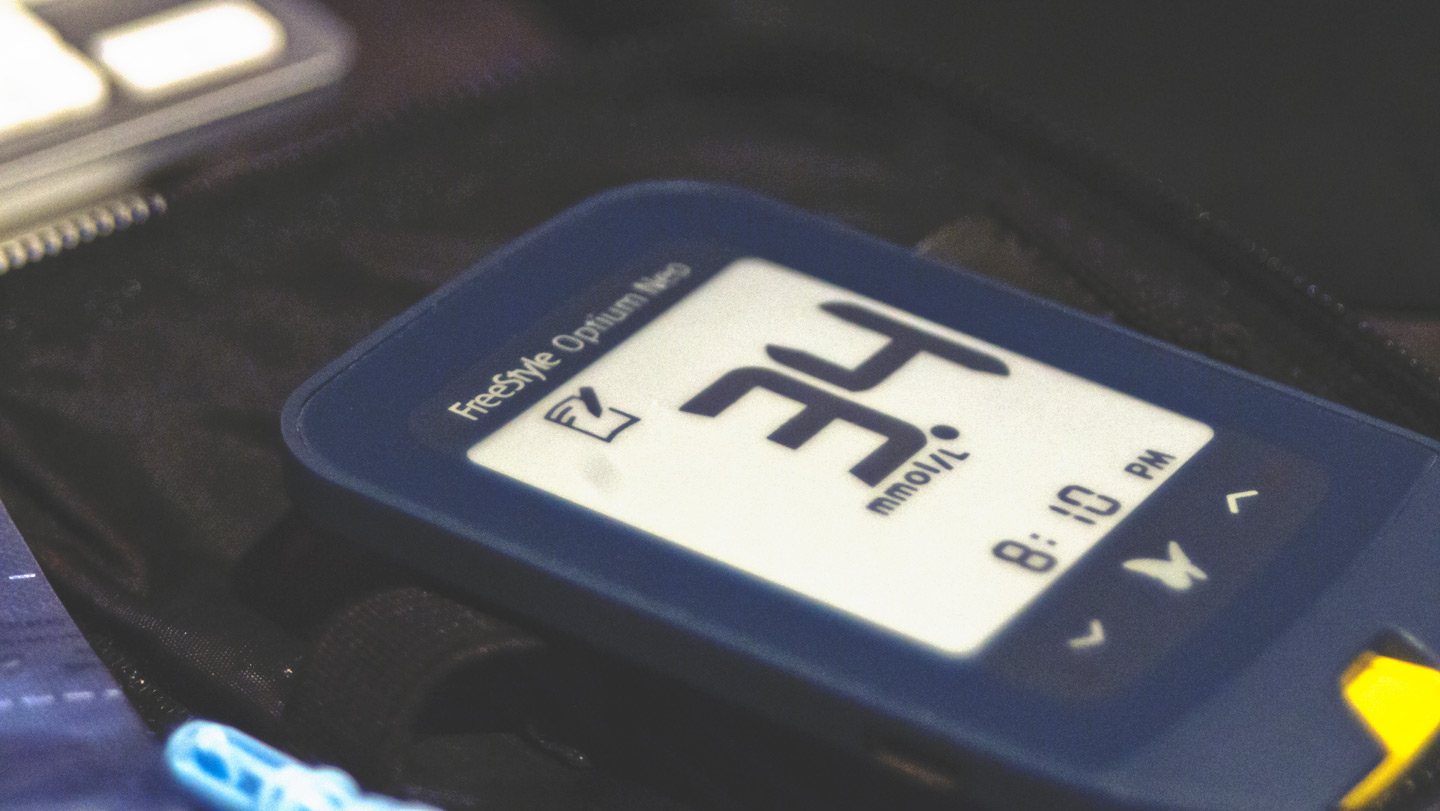 My experience within Cyclical Keto+IF is soon nearing one year and half. A reflection I believe is well deserved. Just in time for my own birthday present. That is – still reclaiming my own presence amidst all waves of challenges.

1000+ job applications. Then condescending and frownful looks from Job service providers convinced me all but one thing. Things would have gone a lot worse. If – I never commenced this Project. I’d never be able to save enough petrol for that next interview. Nor would I able to train.

Manic depression? Still lingers, yet self-contained. Having had one year & half expired TVPs, and (recently) two-years expired DIY bread crash course experiments may have warranted me death from food poisoning. Each hour of fasting and depressive silences I shoulder day in and out – my body somehow corrects itself; readjusting to these turbulences.

Alas, resilience is not glamour. I admit this before and I’ll say it again – I am no fitness model proudly walking about with <11% Body Fat. But I am familiar with the daily anxiety, hunger, and the nihilism. Imagine doing this not just for “one hour” vanity standing on the pose-judgement platform. Without the congratulations! doughnuts, pizzas and hugs by significant other[s].

But all through structural impositions; beyond consent. That is – Nutritional Science amidst continuous structural coercions.

That – in bottom of my heart – is what distinguishes me from yet another “health & fitness enthusiast”. An esoteric. I remain grateful to this day, that many (though still not all) of my concerns are ably reconciled through innumerable compromises.

Sub 1400 calories is still the norm. Average weekly spending according to my budgeting sheets (download the template here) hovers between $20-$32 per week. The lowest ever recorded this year was $19.40. I should note that as beginning of this year I’m including some discretionary exceptions into the budget. Among them essentials such as basic condiments and apple cider vinegars.  If you think you can do “better”; without factoring all other needs then by all means – be your own guest.

Of the five days – average fasting hours is 18 and half across training days. But I’d wager this to be far longer. Strict IF followers would consider all preworkouts to break all fast/s. However, my opposing belief remains adamant. <60 Calories preworkout drink (before and during training) quickly perishes amidst the session anyway. One and half hours, think about it. 200+ rep depletion. 60-70% 1RM max intensity, with genuine eccentric negative tension holds. Less than 30s rest each set. Thus, my case stands corrected – my average fasting hours would have extended to at least 19.

The longest recorded fast is twenty hours and 30 minutes (on Wednesday/s).

Sample Outlook – “a day in the life”.

The biggest change since the last 200+ days of KETO/IF is I’ve no longer taken any multi-vitamins, or even MSM or Vitamin D in the morning. I’d instead save the MSM during refeed days.

Unfortunately I was recently sickened by a scratched throat, leading to seasonal illness. Lemon ginger tea bags alongside with extra mint powdered leaves – is what I’d allow as fasting-approved beverage during these exception periods.

Otherwise, my solution to keep mineral intakes in check never changed. Boiled water with ACV. Rotating with pinches of baking soda or potassium bicarbonate, then knife edge amount of cream of tartar with himalayan salts. I also do occasional rotation with iodised and ordinary rock salts. Then, up to three cups of coffee/teas in total (or up to four and half; if my day starts early). The last cup  counts towards my preworkout training aid as explained below.

Either my usual BCAAs (if unflavoured – mix with diet soda) or tinkering once again with TKD protocols. No BCAAs? I find that diet flavoured sodas or cordials, 2 tsp of creatine, 1tsp beta alanine and espresso powder – suffices. But that is only the bare minimum. I should also at least add a bit of ALCAR here.

My thoughts on TKD however remains inconsistent. More often than not even when practised consistently – they are not magic. There were few (repetitive) instances of bloatedness or even gas during training. Hence, this practise have been far and few.

If I insist on TKD intra/preworkouts – it’d involve straight water (not too much – 300/400ML), squeeze of lime, 1 heaped teaspoon of baking soda, the creatine, beta alanine, and black tea (or straight espresso powder). With up to 40g half dextrose monohydrate and half raw sugar. “Raw” or “brown” sugar here is important. “Simple” bleached sugars for some reason inflames me in ways that I cannot understand.

No more than 35g worth of protein caloric value (translated to as 35g to 45g powder), straight water, and 1 additional sweetener tablet. For two years strong I’ve adopted a ritual of mixing unflavoured 2brothersfoods bulk whey powder with any flavoured label on Ebay® I can afford. 50/50 ratio. Then add in crushed sweetener tablets.

Unlike previously, I have begun to rely less on using full cream milk just for added creaminess or flavour. I instead save it later towards my Refeed windows. Having experimented with various water vs powder levels – I believe this to be somewhat of an important factor towards glycogen uptake response.

The more water there is in the shake – “slower” glycogen uptake. Less water? The “quicker” this overall response.

I also experimented with (pinches amount) various form of salts as further aid. First as Baking Soda. then various salts (Himalayan pinks, iodised, ordinary rocks). Then Potassium Bicarbonate, Potassium Chloride or even Magnesium Chloride (yes the one for making DIY magnesium oils). So far I do not have any firm conclusions which is more convincing. However, I do feel each do have a slight contributor to glycogen uptake signalling; compared to no salts at all.

Two boiled eggs, 100g to 200g worth of vegetable fresh weighted content, 100 to 150g of weighted meat protein content, teaspoon of minced garlic, up to 25ML of olive oils or up to 30g worth of butter.

I allow minute carb contents from carrots. 30 to 40g shredded. These interestingly relieves any inflaming GERD like effects; as I alluded to earlier in my 2018 food for thoughts.

The precious Betaine HCL+Pepsin supply has been running low. So I decided to invest in testing more Zinc supplementation. As I asserted in my 2018 food for thoughts – Zinc is immensely important. Right now as of recent weeks I’m using Zinc Gluconate. Unfortunately it is of less convincing improvement/s on taste perception or glycogen uptake potentials. Compared to Zinc Sulfate or my long former preference – Picollinate.

Soon after finished writing the 2018 food for thoughts – my HC+IF weeks have been extremely far and few. I’d firstly have 250g of boiled rice alongside with 150g of boiled potatoes. 100g dry weight of vegetables and 100g weight of protein source. Protein intakes is more or less the same to that of Keto + IF. But at times – lower; in order to let my body partition the glycogen largely from carbohydrates.

Calcium intake from wholefoods is still necessary. Hence, a 30 to 40g of cheddar cheese on its own suffices. Sadly, I barely can afford the too-important Gouda cheese for its Vitamin K2 MK9 content. I would not recommend combining hard cheese WITHIN main meals. As I believe cheese (hard cheese that is) has so much nutrients so carefully synergised on its own. From Vitamin K2, Calcium, Zinc/Copper/Magnesium/Manganese Ratio. Introducing or mixing with any other food may adversely affect nutrient partitioning.

Soon after I have my humble whey cheesecake Version 2.0. I also add bit more yoghurt and extra fat sources – be it peanut butters, another 10g slice of butter, or even another heaped teaspoon of olive oil; if I have nothing else. Then followed by another protein shake, no milk – 40 to 45g of powders. If I do not have a cheesecake, I’d prepare (beforehand) whey pudding (mix all ingredients patiently and freeze); consisting of:

Protein Fluffs; once my staple dessert back in 2017 – adversely numbs me psychologically that’s difficult to describe. Not detrimental. Though not pleasant either. Hence, fluffs were few and far in my recent choice (if any) desserts. But I’d still nonetheless advocate them sparingly.

On HC+IF days I’d have a flatbread with yoghurt and DIY pumpkin puree with a little peanut butter. Then later on – a 50g presoaked oats (with ACV for at least 18 hours) with 15g whey powder with raw sugar on top or molasses. Finishing the night finally with protein shake same as Keto/IF days, but with 150ML milk if resources allow.

My new “average” intakes within the last six months of five KETO/LC+IF weekdays ranged between sub 1400s to 1800s (very rare occasions). The lowest  recorded was <1100 calories. In no way I’d endorse multiple rounds of ADF-like protocols. One thing I learned from Alternate Day Fast/s is that protein intake – remains undeniably important. No human being should ever be deprived of this macro nutrient. Muscularity is function, not vanity.

For HC + IF – ranges inbetween 1800s to 2000s. A much lower intake compared to last year. This I feel is due to the discomfort and digestive inflammation I often experience amidst these very few HC+IF weekly attempts. I am beginning to suspect such is perhaps attributed to enzymatic readjustments/retransitions. I find it takes between one to four days (post refeed) until everything I feel “comfortable” digesting back carbohydrates. Again, Lyle Mcdonald’s book (The Ketogenic Diet), warned this phenomenon in detail.

My structured refeeds remains largely unchanged. Simple cereals first and foremost, with whey proteins, and milk. The only big difference is that I have been drinking low fat milk. Though I’m still disgusted by those boxed UHT pasteurised ones. Then simple flat breads, low-fat ice creams, with yoghurts followed by more whey shakes, then proper meals with pastas, oats, potatoes, and rice. Repeat on Sunday. Feast to satiety.

There is however, an issue of affordability. Especially with flat breads. Commercial flat breads, chocolate rice puff cereals, low fat ice creams and syrups quickly amounts to expensive refeed days. To save money, I have decided to learn baking my own breads (a recipe is due soon). First out of a two-year and half (yes “2.5 years”) expired self raising wholemeal flour. Success? Not really. Four separate attempts, and failures one after another led me to finally produces the flatter, “biscuit-bread-like” variety. Thankfully, I did not get food poisoning. However I buried most of the failures in the yards. Better that way for Mother Nature aka. Ecological Martyrdom; to play their deserved role.

My refeed days range from at least 4000 calories. However by second day, this hovers lowers to around 3500-3700, depending on level of satiety and resource availability.

I am experiencing an (imposed) state of living that very few people, if any – would understand.

I am not asking for exposure pity. Amidst structural oppression – the most I ever wanted is plea for acceptance. For all I have done is deservedly enough; to the eyes, and ears of Institutions / powers-that-be granting me what little help or support to live. I am my own sole, qualified Authenticity against the quantified Hierarchy.

A part of me however, still brews strongly as a voice silenced for too long. That is – imploring others to reconcile their own biological authentication of what “enough” means. Genuinely fast. Then genuinely feast. Cycle and periodise nutritional protocols. Scrutinise and question all Correctness Hierarchy. Repeat. Days, weeks or even year/s – at a time.

Nature is esoteric. We must reconcile it towards our own individual contexts and interpretations. Tinkering via Totalitarian Objectivity over infinite subjectivity however seems likely a futile pursuit, at best.

My next revision book (V1.75) is coming soon and I assure this to be a meaningful update. Comment your thoughts below. AW™