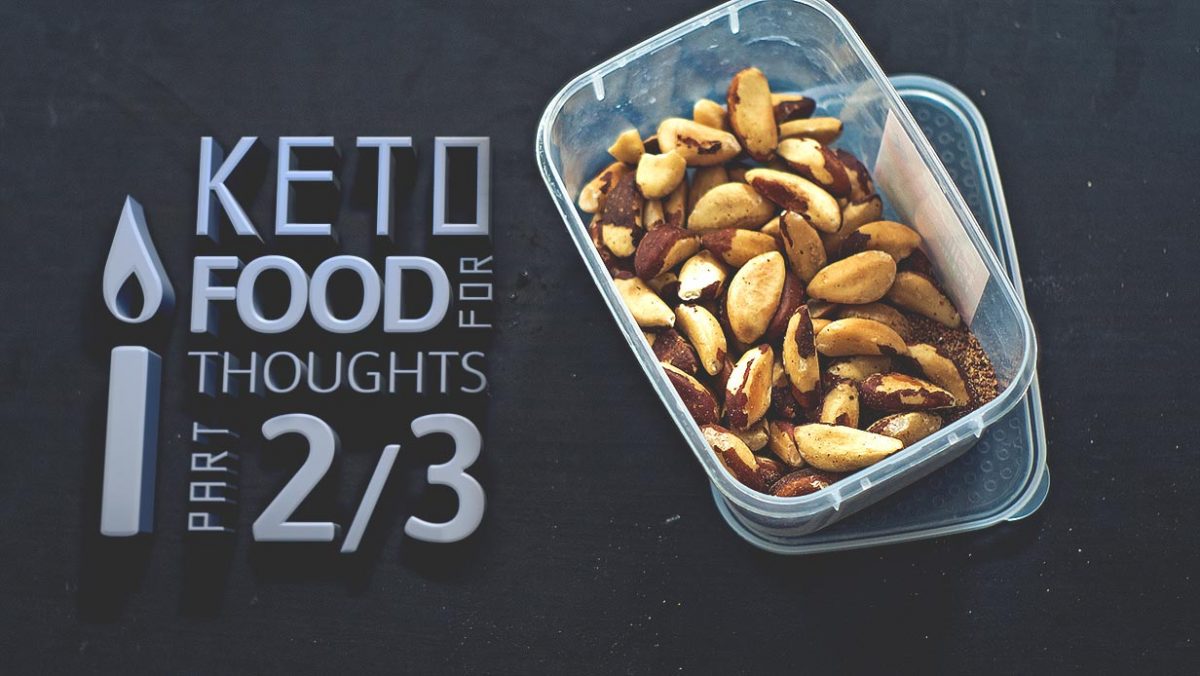 This second part commences the repository of my EIGHT overall food thoughts. From all that I’ve learned from my first Ketogenic anniversary (13 months).

Click here for Part One where I start with my disclaimer, background and history of my first “failure” back in 2014 before recommencing the regime once again since August 2015. Here in this section I will share:

The best I can and willingly summarise is this – you will feel ambivalent. “A plane of neutrality”; as I’d dare to say it – that best reflects from how I feel thus far from it. You will become weak yet remaining composed. You will be strong, yet fragile. You will get hungry – but not as intrusively so from being overly agitated.

I have said this before and I will say this again. “Ketosis” is never a feeling of celebration. Nor it is a feeling of euphoria. It is a state of constant survivalism. Whereby your every fibre and nerve of being – are exercised to serve at their fullest extent of consistence towards two thing/s = Persistence and Resilience. Nothing more. Nothing less.

TL:DR; Ketosis is a resilient, cognitive acceptance of all that is of you and around you; and consistently reminding you – that “results” do not matter. Only what you do with your time – is what matters. Ketosis simply reminds you of this fact. Nothing more. Nothing less. 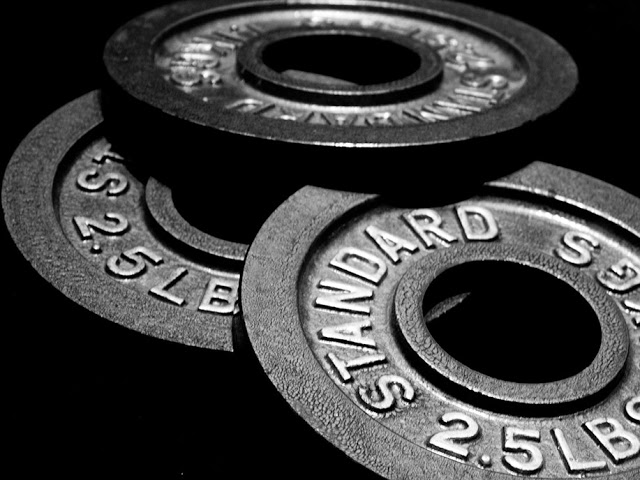 Likewise – the above mindset of humble acceptances permeates within the contexts of exercise and training. Though sadly demonised in general sentiments today.  As much as 50% of any experiences and accounts you may find – you’ll witness that “Ketosis” is bad for training. Just bad. Hellish. Horibble. Can’t breathe. Can’t even walk up the stairs. Instead of making that an excuse for not exercising at all – I implore to halt and think of the opposite. It gives one an incentive to think, do, and accept things laterally and differently. Beckoning to accept over things (again) what you can and cannot do.

I’d wish to reiterate first of all however that I am not an aspiring bodybuilder nor that I am a personal trainer. All this is subjectively not an entirely empirical “sound” way of exercise nor training advice/s. So take all this as insightful as you might expect from an average trained, yet highly curious individual. 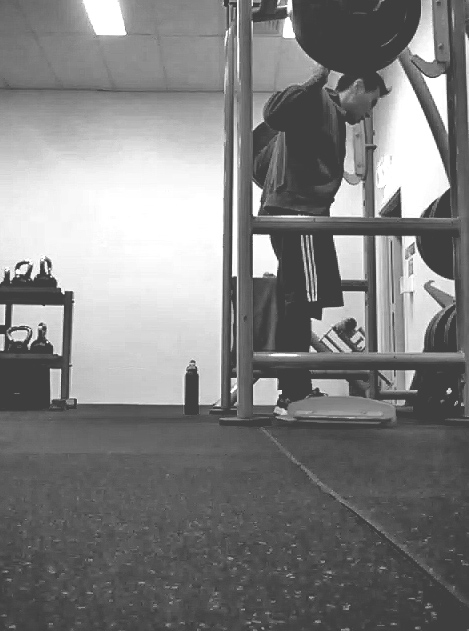 If anyone leers at my tiny shoulders and asks the above question – I’d politely say yes I have. Many years in fact. From all the way down having brought my own measly 5kg dumbell and worked out in a public toilet. To now – having done and torned rotator cuff twice’s and 3.5x over bodyweight leg-press max’s, and for many months afterwards – six days a week specific part/s split routines with basic calisthenics program/s.

Still, I may look just like any other scrawny ectomorph at first sight. I certainly now am no longer able to leg press three or four times my own weight. I’ve moved beyond all those expectation/s (mine’s or whoever else’s). Thus realigned myself within my own humility. I have now succumbed sensibly to my own physiology and that I no longer work closely towards anyone’s standards, coercions, influences or yet worse still – expectations.

Volume Training; embrace and love it.

65kg (32.5kg load each side) Lunges on smith machines may be well-personified by you – as “easy”. Wait till you have to do 60 reps (6×10 / 5 on each leg) with only 15 seconds of rest. That’s just one exercise. Five to go. Too easy? Then up the weights. Out of breath? Finally felt like you really need to sit down?

Well done, now that’s productivity. …Much better than 3/4 of the gym goers thumbing away on smartphones for five minutes disguised as “recuperation”.

TL;DR In the realm of fitness and resistance training – Ketosis endorses productivity, sensibilities and humility. 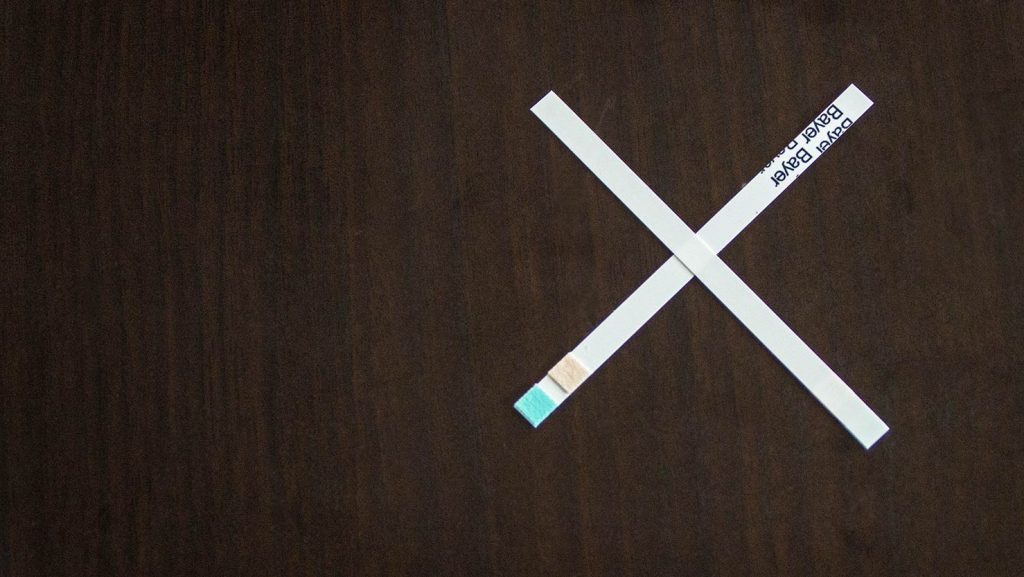 You can obsess over spending $$$ on ketostix to “measure” your adaptation’s “progress”. Even Lyle don’t even always agree it’s usefulness. Or should you able to afford because of increasing doubts and anxieties – exogenous ketone supplements just to get you to “adapt” to Ketosis sooner, faster. Whatever that means. 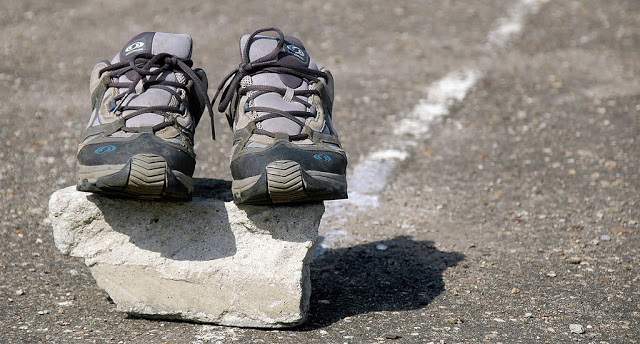 Before anyone attacks me as though I am armed without any prior knowledge – of course “Ketosis” as a alternate metabolic sustenance exists. And of course yes, there is such a thing as gluconeogenesis from lipids. My explanation and hypothesis below requires no “facts”. I am using “logic”.

My question back to anyone who believes all “keto adaptations” as true is – “What adaptation?”

Adapting against what? To withstand hunger? Nutrient deficiencies? So called keto “Cold & Flu symptoms”? Because last time I checked – all species in the animal kingdoms all single or multi-celled organisms – need some sort of nutrient replenishment. No matter what or how a thing lives or in this case – eats.What does “to adapt” really meant? To change. To “toughen” up. But what do these pursuits involve? Sacrifice through faith. Does faith comes infinitely? Well, somewhat.

Only if that faith is replaceable by something else. Something tangible and readily available. Sure, faith; ONLY as perceived favourable outcome or phenomena – do exists. But where does faith comes from? Influences and coercions. But what is the process behind it? Simple – something’s gotta give.

TL;DR -> Believe what you will. But do not overstay your faith. A biological law exists in all of us as a plethora of micro-perpetual needs. To “Adapt” is only as far as speculating via faith that anything is intangibly possible. To Understand – is acknowledging that not everything is tangibly possible. 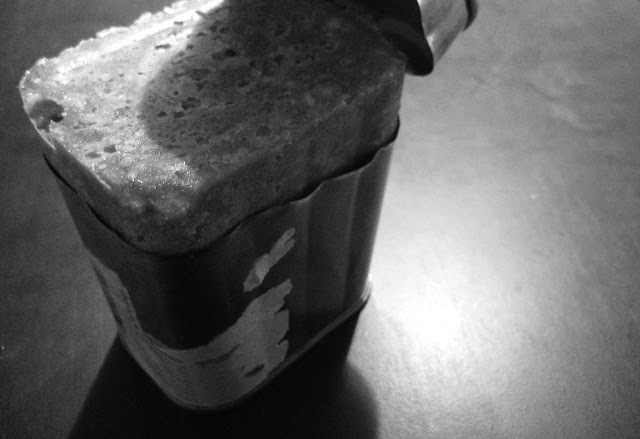 As I have discussed and implored – micro nutrients replenishments are a necessity from what you eat within the Ketogenic regime. Whether you believe “adaptations” are real or not is certainly up to you. Here’s a study that found that low salt intake actually leads higher risk to insulin resistance. Here’s a study dubious over its’ effects on blood pressure at all. Even shockingly so – that despite an approximate 15% of general population are “considered” to be salt sensitive – lowering salt actually have been correlated with arterial blockages and plaques. Chicken stocks (I may not have had the pleasure to buy $10 worth of bone broths), Lite Salt / Potassium Salt, Iodised Salt, and/or Himalayan Salt. I will say this once again – they are all vital to me.

About this fear with nitrates and nitrites…

…Every now and then there are always counter arguments. “Nitrates and nitrites are bad for you”. It causes cancer. Colon cancer. Bowel cancer. The list goes on. Guess what? Your greens have them too. What are they exactly? Nitrates and nitrites are actually the only physical, edible precursors to nitric oxide. An important gas. A vasodilator needed throughout every function of your body. Nitric Oxide is, as they deservedly call it – molecule of the century. Serving as undeniable support to cardiovascular health, mitochondrial respiration and even glucose homeostasis.

You could fight all you want with organic produce this and that have less chemicals, pesticides, you name it. Here’s a study regardless that even if it’s “organic” – your “healthy” leafy greens – swiss chards, and spinach – all of them contain nitrates (and nitrites). Ironically also, it’s crucial additive to curing meats. Salami and pepperonis (and you do realise they contain some beneficial bacterias). It’s after all – a preservation method used centuries old. Much of human race would’ve died out a long time ago without knowing how to actually preserve food.

Do I condone then; eating bacons and luncheon meats in plentiful amounts? Perhaps not. Because I still conservatively endorse a whole source/s of meats. Muscle based meats (if affordable) or organ meats. If canned meats are the only resort, be mindful of the ingredient profiling. The more cryptic numbers you see (450,451,250) on the label try to limit regular consumptions whenever possible.

—
Tl;DR ->  Salt everything (with Chicken stocks, iodised, himalayan and little of potassium lite-salt varieties) to ensure you are not losing MORE minerals from what you are peeing out every hour or two. Consider taking care of your liver & overall biome / bacterial health via supplements. You will need them sooner or later.
—

This concludes the Part 2 of the Anniversary article

Click to read the next and last part (3/3) of the Anniversary Article.

Please stay tuned as I am collecting my thoughts upon the next and last part to complete this anniversary post altogether!

Please share to me your Ketogenic experiences; do you agree or disagree with my accounts so far? Post them below.