Tallying up the price – it takes approximately $37AUD as “Recipe Initial Investment”. And it takes $THREE to make each cake.

Theoretically, you could make up to TWELVE (12) cheese cakes from this initial investment of $37. You know exactly what goes within it. If you earn a very comfortable $75,000 Australian FIAT dollars per annum (excluding tax) – you should be able to comfortably make this perhaps three cakes (3) every week. Every week, of the year.

Preheat your oven to 150 degree Celcius.

Go combine all ingredients (use 150g of yoghurt first of all I will explain why later), before blending it all with a mixer be sure to gently first soften any solid chunks.

The main difference between this and the initial version – is that you HAVE to add plenty of water – up to 100ML worth to ensure that the pysllium and the xanthan gum swells up well.

If you do find the overall mixtures is too “broken up”, add slightly more xanthan gum (tiny pinch at a time) with perhaps 2 tablespoons of water. The goal here is to ensure the overall resulting mix is as fluid like as possible, not dispersed or broken to chunks. This may take time and practise.

Take out and let cool to surrounding temperature before storing in fridge for at least six hours before serve. The psyllium + xanthan should resembles a thick enough finish of a cake.

Now – that you’ve used up 150g of yoghurt, chances are – the familiar cheesecake palatability is missing. This is where you’ll need to spoon out a further 15g of greek yoghurt to help achieve that on top of each serve.

Next, you also need to now add the sweeteners. Crush the tablets. 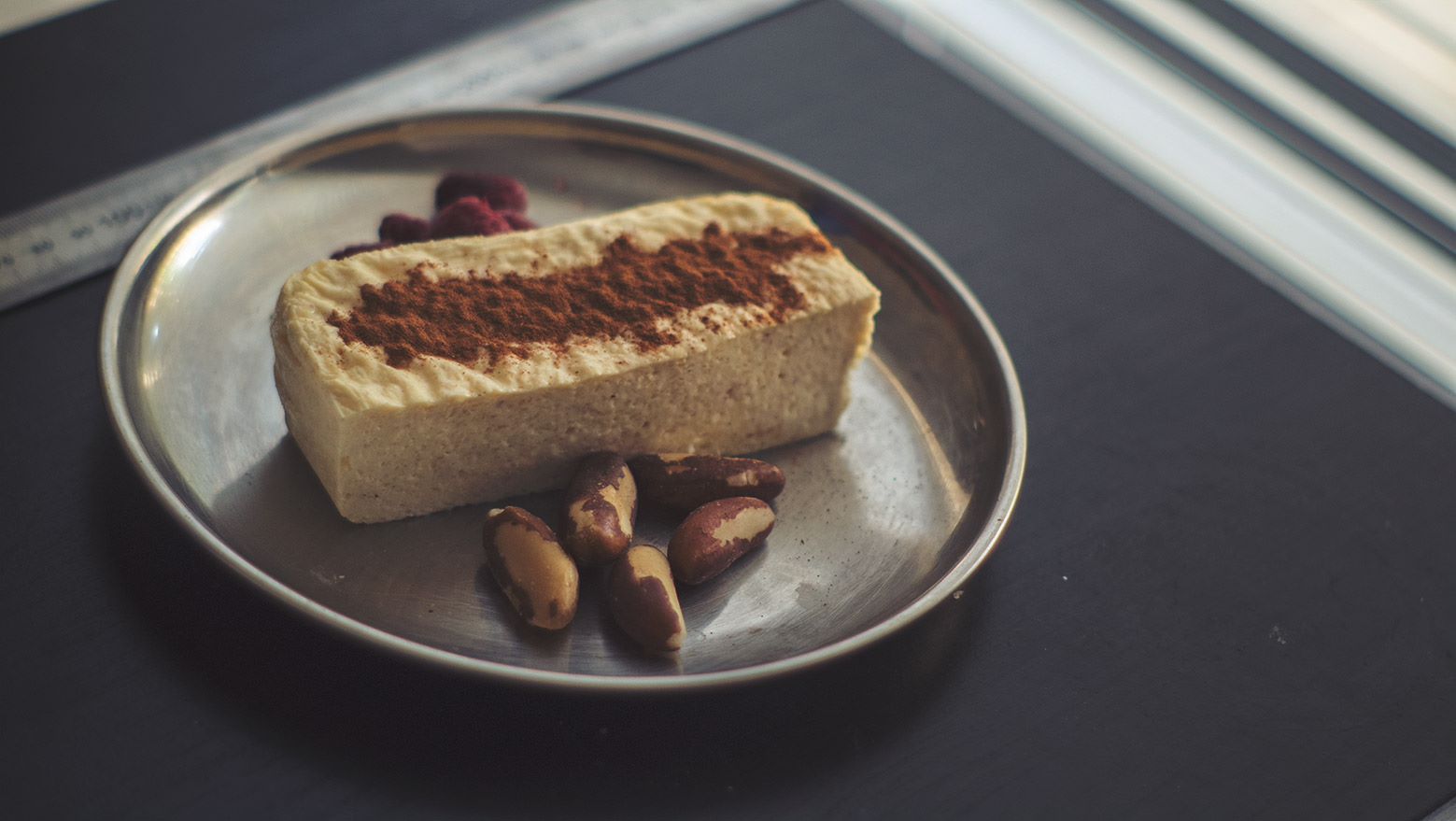 Nearly HALF the calories off the initial version; but thanks to the added “bulk” from water + pysllium + Xanthan = makes this a more frugality friendly version. Humility approved.

To up the fat content and finish – I serve mine with flaxseeds and if the austerity budget allows – 15g worth of peanut butter, or 15g brazil nuts and raspberries. With cinnamon on top.

Feeling constipated or gassy the next day?

My thoughts on fibre is neither for or against. Try lessening the amount of pysllium husk next time, but try adding more of the xanthan. Experiment the amounts.

Mix the whey 1/2 and 1/2 with gelatin powder.  There seems to be compelling reasons to balance between muscle-meats intake with gelatinous rich sources to aid gut health.

Mineral supplementation is also a must. If 50% of the population in one of the world’s populous countries are deficient in magnesium; then it pays to have a good Magnesium supplement in order. Lacking Potassium may also be another factor; though I’d warn this to be the more difficult to manage than magnesium; too much of one can lead to dangerous side effects.

Another recipe for ending the year done and dusted. Post your thoughts below!